Cor, it's nonstop anniversaries this year! In this week's newspost we're celebrating one year of the Ninja Team with a new miniquest - plus, the player-designed Activity Pets have been released into the wild! 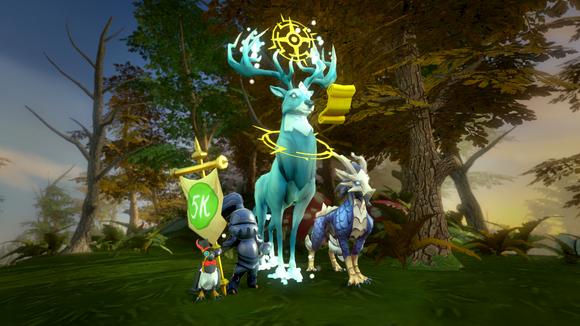 Ninja tortles aren't the only strange animals hi-kicking their way into the game this week - meet the Activity Pets! These player-designed critters were voted into the game by you last year, and our artists have been hard at work bringing the winners' designs to life. So, without further ado, let's meet the pets! 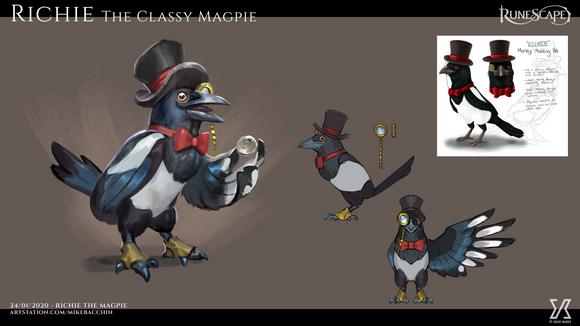 Richie is a fancy magpie with very expensive tastes. If you can help him accumulate 100,000,000 Gold Pieces, he'll follow you anywhere - and when you reach even higher wealth milestones, he'll change appearance!

You can donate your hard-earned Gold Pieces to Richie at the Grand Exchange.

Richie was designed by KariChibi.

Mune is a mysterious creature who wanders the wilds of Gielinor, changing appearance to suit the environment. But be careful - they only appear to adventurers who've proved their local knowledge by completing Elite Area Task Achievements.

There are six appearances in total, unlocked by spotting Mune in different regions of the world. Here's a quick field guide:

Mune will roam Gielinor every 2-4 hours and will wander about for 30 minutes before leaving. Keep your eyes peeled!

Mune was designed by Suizzy. 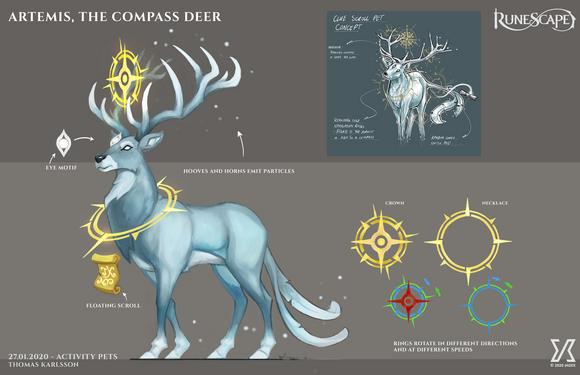 When completing clue steps and opening caskets, you now have the chance to find a Golden Compass. Activating it will unlock Artemis, the Treasure Trails pet! This wise and ethereal deer will be your companion as you travel the world collecting clues.

Artemis was designed by Wild Kitzune. 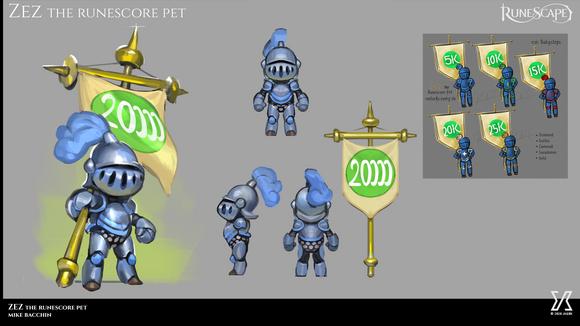 Hey, does this pet remind you of anyone? Zez is there to be your boon companion throughout your RuneScape journey. He'll be unlocked once you reach 5,000 RuneScore, and as you explore the world and complete further achievements, he'll level up alongside you!

Zez was designed by Babysteps. 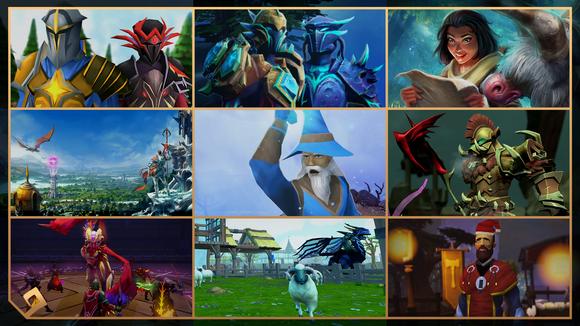 It's been a whole year since the Ninja Team began their epic quest to eliminate bugbears and nitpicks all across the game - and they just haven't stopped since! In our 18th Ninja Strike they're tackling that pesky General QoL again, and they've also prepared a special surprise...

Listen here, kid - never mess around with teleportation! Now that the Trap Telekinesis spell has been invented we've been receiving strange reports from all over Gielinor, and the latest one is right here in the Varrock Sewers. Apparently some tortles were accidentally teleported in from the Maw, and the experience has made them a little... 'different'. Go help them out, will ya?

To start, speak to Postie Pete-za by the entrance to the Varrock Sewers

After helping the Ninjas' mutant tortles (age unknown), you'll get the following rewards:

An Update on Rare Item Changes

On January 26th we posted an update to the Rare Item Changes including what went wrong. If you missed it, you can see the full details here.

As mentioned in the linked post, today's update includes the promised 15,000 Oddments and 15 Treasure Hunter Keys for eligible players. The Limited and Current Rare Items are also now available in the Oddments Store.

Thanks again for your understanding through this misstep.

Don't forget, in addition to being able to take your pick of your favourite chests from past promotions, every time you open a chest you'll move along the progression tree and get an even greater variety of rewards. Happy hunting!

Join the Ninja Team as they look back over 12 months of shuriken, ramen, and awesome updates. 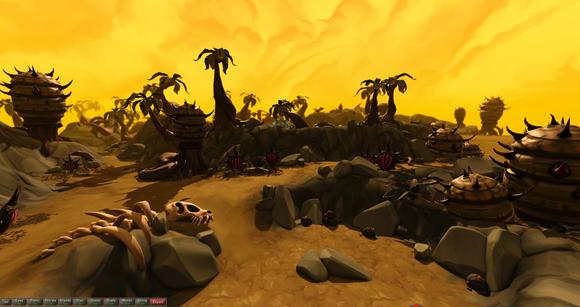 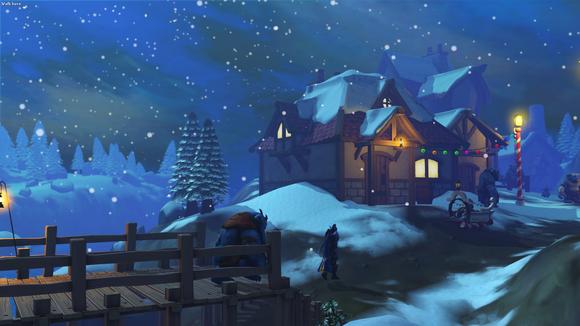 Mod Kari just couldn't choose between all the fantastic art she's seen this week, so we've got a special extended Awesome Art section to show you! Let's take a look… 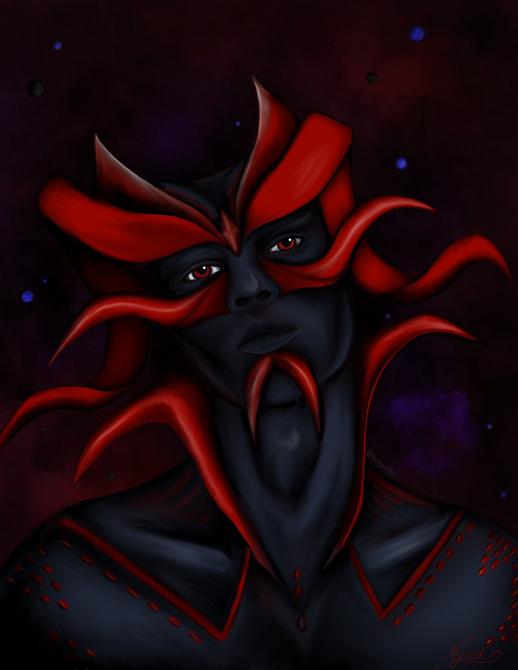 Ooh, check out this stunning portrait of Zamorak by Nyxed. Those dramatic colours really set the mood! 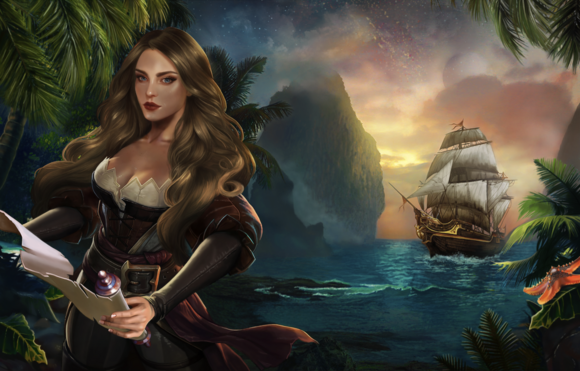 And look at this fabulous artwork from Nina_Ray! It's her character, off on a grand, clue-chasing adventure. This really has us craving foreign holidays. Remember those? 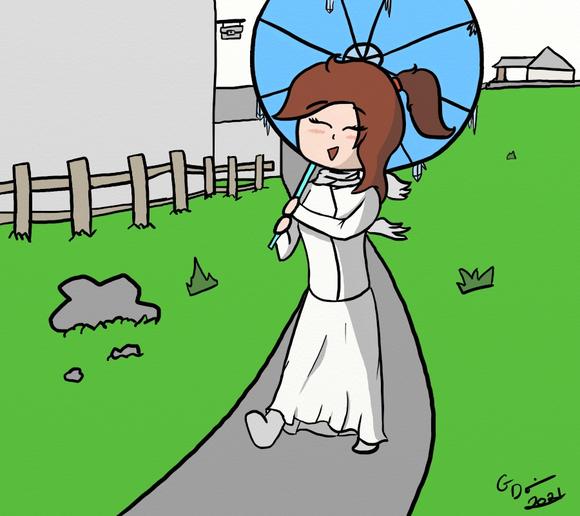 And lastly, we have this super-cute character portrait from Sir Bedevere the Wise on Discord! Ah, there's nothing like an afternoon stroll.

This week's featured Pink Skirts Event is the Skill 'n' Chill! Join Madclikr, NapTimeNow and theLilTuzziesClan for an hour of, well, chillin' and skillin'!

This week we'd like to give a round of applause to the RS Wiki! It's the source of information for all things RuneScape, from quest guides to truly obscure knowledge - how many of you have met the Mega Ducklings?

Here's the best part - you too can become a Wiki Wizard and help fuel this massive collaborative machine! Check out this page to see how you can help!