It's officially winter, so grab your comfiest blankets and sit yourself down for this week's update! To begin with, you've got a great excuse to hide out in your igloo with Double XP LIVE and a hefty Achievement Rework. Then check out the Community Tab for some chilled-out J-Mod livestreams and some not-so-chill Araxxi fanart!

Hold up, hold up! Before you dive headlong into Double XP LIVE, take a moment to check out the Achievement Rework. We've spent 10 months on these extensive changes, so make sure you've brushed up on the latest information before you go Achievement hunting. In the meantime, though...

It's extra-exciting this time around, because for the first time ever, you'll be able to gain Double XP for selected activities in Archaeology. It's a great time to dig into the skill, and maybe even work your way up to Orthen, our newest dig site!

Free-to-play players needn't feel left out, either! They'll get 20% extra XP throughout their 48 hours.

Double XP LIVE will run from November 6th to November 16th. For more information, check out the dedicated newspost.

After 10 months and countless hours spent shuffling categories and triple-checking code, we're pretty proud to have achieved the Achievement Rework, a total overhaul of the Achievement system that'll make it more expandable, more resilient, and much speedier. Read on to hear all the details!

Visually speaking, Achievements will look and feel much the same as they always have - but don't let that fool you! We've done loads of work under the hood.

To begin with, every single Achievement has been rewritten and retested to ensure that they're functioning as expected. We've changed over 1,165 files, so you can imagine how deep this rabbit hole went!

We've also rewritten the code itself, centralising various functions and moving them to the game engine. In short, this means that the Achievement system is more resilient - no more crashing every time you open the Completionist category!

It also means that it's easier than ever for us to add new Achievements to the game - so keep your eyes peeled!

As you can imagine, this was a huge job, and though it shouldn't affect your RuneScore, given the extent of the changes there's a small chance that it might. If you notice something wrong, be sure to report it in game and we'll do our best to correct the issue.

Every single Achievement has been sorted into one of 8 categories:

Questers will notice that there's now a 'Lore' category, which holds all the Achievements you'll need to get that elusive Master Quest Cape.

Combat achievements are now organised in difficulty order, from War's Retreat up to Final Boss, with a subcategory for each boss (where appropriate, grouped by dungeon). No more tedious scrolling while you try to remember how many more times you need to beat Solak!

You'll also spot that Achievement Diaries are now listed separately under the 'Area Tasks' category. They're grouped by difficulty to help you plan your next steps.

Lastly, the 'Grace' category, which holds any achievements you'll need to complete before the grace period for new content ends, no longer has a sub-category. Now you can see at a glance what you have left to do.

Lastly, we've made a few improvements to the Achievements interface which should make it feel a bit smoother to use:

We've temporarily disabled the Full Comparison button, which would allow you to compare your Achievements to those of other players, as this feature needs to be completely rewritten to work with the new Achievement system.

In addition, Full Comparison has been poorly performing since the Achievement system began to hit its operations limit, so it'll remain disabled until we've resolved this problem.

In such a big release, there are bound to be a few problems. These are the bugs we're aware of and working to fix:

Due to the nature of these bugs, they are unlikely to be resolved until the new year.

Today marks the end of the Kerapac Track. The cosmetic rewards are gone, for now, but you can still learn some sneaky tidbits of lore!

Speak to The Curator in Burthorpe to learn more.

It's your last chance to grab a Currency Pack and two Umbral Chests from our friends at Prime Gaming.

Next week, you'll have the chance to grab 7 days of RuneScape membership - perfect if you want to dip your toes into everything the game has to offer!

To see what's on offer and to get your hands on some goodies, click here.

Christmas has come early in the Official Merch Store this month with 10 new lines from Angels Scapes!

Our limited-edition Christmas pin collection includes a Marionette pin for your Toy Box, and, of course, Cracker pins! This year, each Cracker will contain one of three different coloured Party Hats. Lift the hinged lid to see which one you've got!

You can also pick up a brushed gold 'Nice' pin, perfect for that special someone with a great Fishing level.

We've also got new additions to the Skill Cape keyring series! You can now show off your Woodcutting and Firemaking prowess wherever you roam.

Last but definitely not least, we'd like to introduce our all-new line of mobile phone ring holders! Keep your phone safe while you selfie with the Max Cape or the PK Skull design. 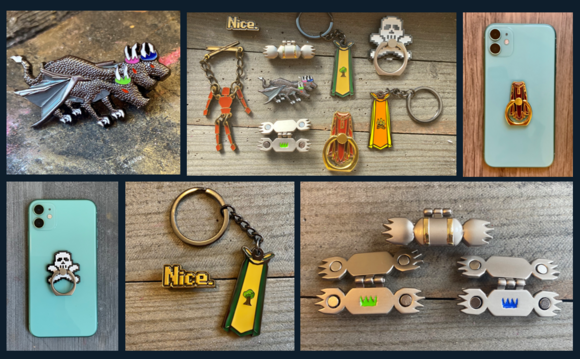 See something you like? Make sure to add it to your Christmas list... or, you know, just treat yourself!

In other Merch Store news, we've added a tracked shipping option. It's just the thing to help you keep track of your holiday purchases.

You can browse the Merch Store here.

In this week's Community Tab we've got more Steam screenshots, some scary spiders, and more!

Join the upper crust for an anything goes round of questions and answers. Aching to know what our favourite biscuits are? Wondering what's coming up in RuneScape? Ask away!

Our featured streamer this week is Liddles, who'll be getting up to some Double XP LIVE shenanigans from 00:00 Game Time - that's dead on the midnight reset - this Saturday November 7th. Join in the fun on her Twitch channel!

If you haven't tried RuneScape on Steam yet, perhaps these super screenies will convince you. Here's some of this week's top screenshots! 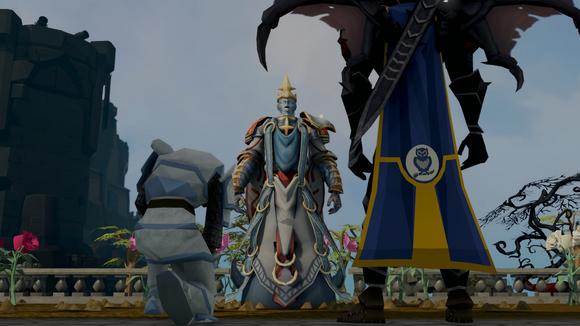 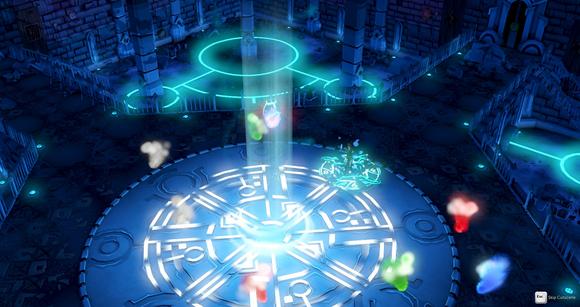 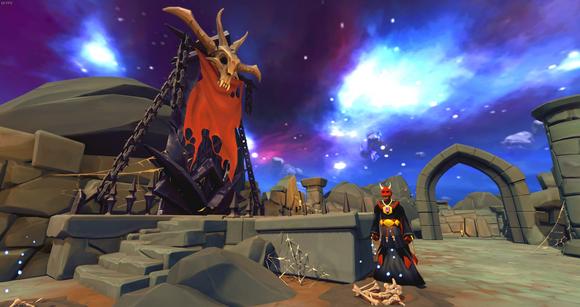 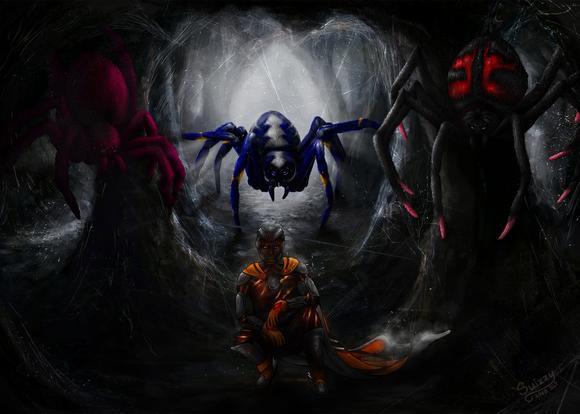 Araxxi - The Next Generation by Suizzy

Yikes! Suizzy's perfectly captured the terror of Araxxi's lair, here, and to be honest that's all we can say about this piece, because we're currently having to peek at it from behind a cushion. I-is it time for the next section yet?

Well, we won't be going back underground any time soon, but if you're more intrepid than we are, take a look at our fantastic Orthen Dig Site Guide! It's got everything you need to know about our newest dig site.

Between November 2nd and November 8th, 30 or so of our content creators are going head to head to open around 100 hard Clue Scrolls - and it's all going to be streamed live on their channels! Who will be blessed by fortune, and who will be walking away with a chunk of rune salvage? To find out, look for RuneScape streamers on Twitch with 'Clueoff' in the stream title. Tune in and wish 'em luck!

This week our Featured Forum Thread encourages you to get into character and dip your toes into the wonderful world of RuneScape roleplay! CrocoNuts' guide covers all the basics, from finding an in-game roleplay to using mystical symbols to speak Elven!

You can take a look here.

This week's Pink Skirts Event is a Nex - Angel of Death boss mass! Join Nobleartisan, Geneawac and Alright Clan as they take on Zaros' general in the depths of the God Wars Dungeon. Meet at the Ancient Prison on World 68 this Tuesday, November 3rd from 01:00 - 01:59 Game Time. Don't forget your keys!