Phones at the ready - RuneScape goes live on Mobile this Thursday! Read on to see all the latest info on that, plus a look at an all-new, extra-chunky Familiar-themed Ninja Strike, the thrilling conclusion to the Battle of the Monolith, and Cubemaps! CUBEMAPS! Get ready to rumble...

RuneScape on Mobile Launches on Thursday!

It's the moment you've been waiting for: RuneScape will go live on iOS and Android devices this Thursday, June 17th.

Get yourself hyped before the big event by joining the J-Mods on Wednesday for an all-singing, all-dancing launch stream as they count down to launch. If you're lucky, you'll be in time to watch them press the launch button!

By the way, if you haven't pre-registered yet, now's the time to do it! You'll get access to all the exclusive pre-registration rewards unlocked so far - and remember, the more registrations we get, the more rewards there'll be! C'mon, you know you'd look good in that Crux Eqal armour.

To pre-register, just make your way to either the App Store or the Google Play Store.

The Ninja Team are back with a bumper round of improvements! This week they've set their sights on Familiars.

First up, several core Familiar behaviours have been improved! Auto-firing scrolls is now easier than ever, and some previously pacifistic Familiars can now be ordered to viciously slaughter your enemies. It's high time those Unicorn Stallions had their revenge!

The math-enjoyers among you will also be happy to hear that all Familiar durations have been standardised along 16-minute increments, which makes them both easier to remember and a fun way to brush up on your times tables. This change has also affected the Anachronia Summoning Totem, which will now boost your Familiar's duration by a neat 16 minutes instead of the nebulous '10%' of yesteryear.

The Familiar UI is also much improved, with new settings, buttons and details for you to enjoy. You know, if that's your kind of thing.

Lastly, we've renamed various Familiar scrolls so that it's more clear which Familiars they belong to. Tooltips and other information have been updated accordingly.

If you're looking to get 'familiar' with the fine details of this update, be sure to check out the Patch Notes!

Battle of The Monolith

This week, the Battle of the Monolith comes to its epic conclusion. Everything you know is about to change, as old friends (ancient even) become enemies, fall prey to forces beyond their control, and change beyond your wildest imaginings. Be sure to tune in live to grab your repeatable 10% XP bonus!

Oh, and don't forget to tune in next week for the epilogue, which will set the scene for what's coming next. You might have won the battle - but can you win the war?

We're thrilled to announce that this week's update also includes a long-awaited update to Cubemaps!

Cubemaps are what we use to tell the textures on your character - especially the shiny, reflective bits - what the world around them looks like. Specifically, it tells them how the lighting around you should interact with your character.

Imagine the dank swamps of Morytania. It looks very different from, say, the bright open skies of Stormguard Citadel, right? With Cubemaps, the game is able to pick up on that difference and apply it to your lovely shiny armour.

To cut a long explanation short, Cubemaps mean that you'll get better looking, more natural graphics with better reflections across their surfaces. Those of you who felt that newer cosmetics looked washed out in certain environments will now notice that they look much better in almost all circumstances.

If you'd like to learn more about Cubemaps and see how this huge project actually works, check out the video below, hosted by Mod Chilly, the Cubemaps maestro!

It's HAPPENING! Join the J-Mods live for a bumper livestream bonanza as they push the button that launches RuneScape on Mobile live on stream! They'll also reveal more about City of Senntisten, the final quest before the Elder God Wars kick off. Don't miss it!

Are you waiting with baited breath for RuneScape to go live on Mobile? Get yourself even more hyped with Protoxx's list of everything you should do on Mobile once it arrives. Enjoy!

This week's screenshots come from InstaScape! Check 'em out here. 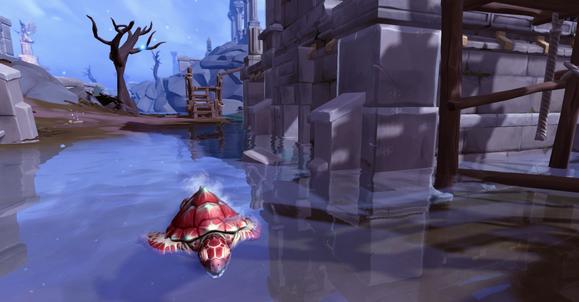 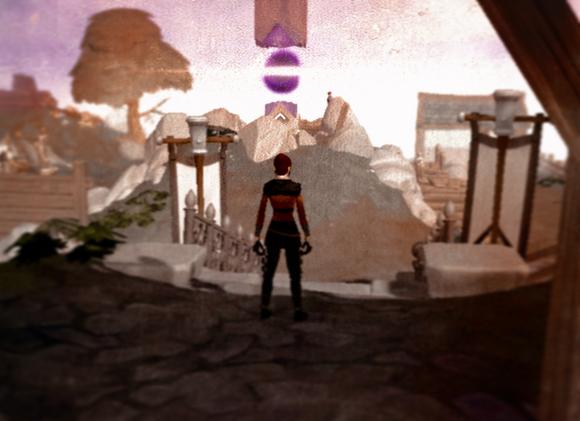 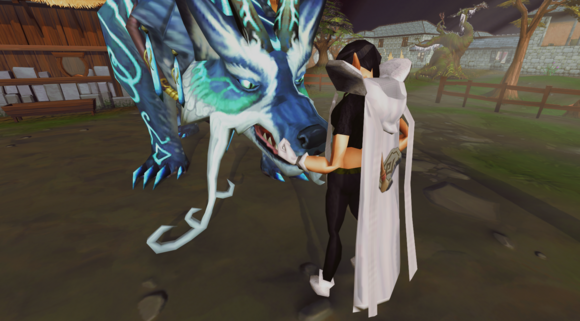 This week's featured Pink Skirts Event is a Town Square Q&A hosted by the wonderful Princess Rae! Bring your questions to Varrock West Bank on World 3 this Saturday, June 19th from 23:00 - 23:59 Game Time.

Are you new to RuneScape, joining us for the mobile launch? Then you'll want to check out the official RuneScape Wiki, where you can learn everything you need to know about the best MMORPG in the universe (that's us, for reference).