This week in RuneScape: Azzanadra's Quest, the first step in a new chapter of the Elder God Wars storyline, is now playable! In other news, Vic the Trader is back, we've got a sneak preview of March's Premier Club freebies, and in the Community Tab, the Character Art team are back with another exciting update on the player avatar refresh. Let's take a look!

Azzanadra is... disappointed. It seems that every attempt to defeat, or appease, the Elder Gods has failed - and time is rapidly running out. Seren's Council grows more complacent by the day, and Ariane has received a vision of destruction, devastation, and doom, worse than anything Gielinor has faced before.

But the best defence is a good offence, and Azzanadra has a plan. He needs your help to pinpoint the location of the Elder Halls, where the Elder Gods' precious eggs are stored.

It's the beginning of the end - are you prepared?

We recommend playing the following quests before starting Azzanadra's Quest:

You may also find the Blank Observation from Heart of Stone useful.

Psst - don't forget, you can use your Double XP Pause Timer to play through Azzanadra's Quest without wasting any Double XP time!

Speaking of Double XP time, this is your friendly reminder that Double XP LIVE is still ongoing! In fact, you have until March 1st to spend your 48 hours on whatever skilling activities you wish. Use 'em or lose 'em!

As always, full details of the event can be found on our Double XP LIVE FAQ page.

Everyone's favourite moustachioed merchant is back, and he's raring to make some trades! For those of you who haven't met Vic before, he deals exclusively in bonus XP. Trade yours to him to get Credits which you can spend on XP lamps, skilling outfits and other exciting stuff.

Vic's set up shop in his usual Burthorpe location, right next to the Yak Track Hub. On March 8th he'll be leaving for another grand adventure, so don't hang about - go say hello and indulge in a spot of shopping!

Oi, over here! Now, don't tell anyone, but a little bird has let us know what Premier Club members can soon enjoy March's Monthly Drop! Here's the selection:

If all that's looking tasty, don't forget that you've got until March 1st to join the Premier Club and grab these goodies for yourself - along with a bunch of other benefits. Read all about it on our Premier Club page.

The Road to Mobile Launch

We're so excited for RuneScape to become a true cross-platform MMO with our full Mobile release coming later this year! But, before we do, we've been working on some new updates to ensure all the new players pouring in for our full release have a great experience - that means improving our early game onboarding, optimising our UI and delivering a stable experience.

Today we will be releasing a Mobile Client update that moves us closer to that goal, featuring new improvements and some features we are testing out specifically for new players on Mobile. These changes are part of our beta testing and feedback programme, which means they may or may not become permanent depending on the results.

This update also includes performance improvements with the release of multi-threaded rendering, as well as more RuneScape features - such as purchasing Membership - becoming natively integrated into the UI.

There's still plenty more upgrades to come for Mobile over the months ahead, including additional Client Updates to address stability including crashes reported by the community.

Thank you again to everyone who's continuing to play in our Android Open Beta and iOS Test Flight - every minute you spend on those devices helps us find problems and identify improvements to make this the best launch possible.

We've teamed up with Laced Records to bring you two epic soundtracks, both available in CD, vinyl and digitally. 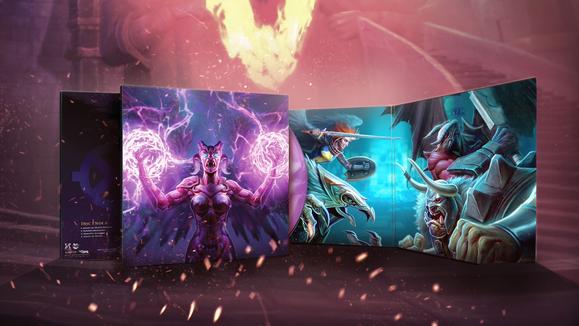 Or, get yourself pumped for battle with the Old School Combat Classics album featuring nostalgic rune tunes composed by Ian Taylor, Adam Bond, and even Mod Ash. 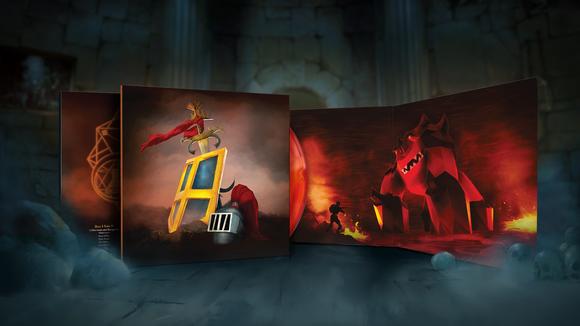 You can listen to them right now on all major streaming services, or pre-order them from our friends at Laced Records. Both CD and Vinyl pre-orders come with a free MP3 download, so you can take your adventure on the go!

Here's something else to tickle your fancy - for a limited time only, you can pre-order yourself a special antique nickel variant of Angels Scapes' Tim and Crunchy Stained Glass pin! And if you need a fearsome guardian to protect your keys, look no further than the King Black Dragon keyring. 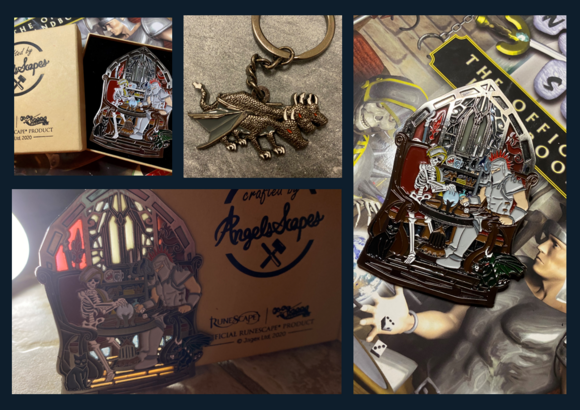 To see our full range of RuneScape goodies, check out the Official Merch Store!

Last week, a bug was introduced that caused Lifeboats to be removed from a vessel after a voyage was completed. Thanks for your patience as we worked on the hotfix that released last Wednesday evening.

For any players impacted by this bug before the fix, we're still working to restore your lost lifeboats as soon as we can along with any make-good rollouts for lost crew members (which we unfortunately cannot restore). We hope to have more news to share this week - keep an eye on our social channels or on this Reddit thread for further updates.

In this thrilling sequel you'll get another look at the Player Avatar Refresh project, courtesy of our fantastic Character Art team! See how we've addressed your feedback! Marvel at Mod Iroh's boundless enthusiasm! Feast your eyes on some fantastic art! Hey, this stream's got everything!

Catch the stream over on our Twitch page, here.

What is Game Blast?

GameBlast is the UK's biggest annual charity gaming marathon weekend. Phew - try saying that fast! It's the perfect way to do what you love most and change the lives of disabled gamers at the same time.

This year's GameBlast is taking place from February 26th to 28th. All proceeds raised will help SpecialEffect level the playing field for gamers with physical disabilities. To find out more information you can go to the official GameBlast21 website

Who are the United Communities of RuneScape?

The UCoR is made up of adventurers all over Gielinor, from both RuneScape and Old School RuneScape! The community consists of players and supporters from all areas of RuneScape and its glory.

Last year the UCoR raised a huge amount of money for SpecialEffect through the GameBlast weekend and this year we would like to do just that all over again... and MORE!

How can you help?

You can support the team by donating to their JustGiving fund!

Don't forget to tune into the following streams to catch all the charity action:

All times are in Game Time 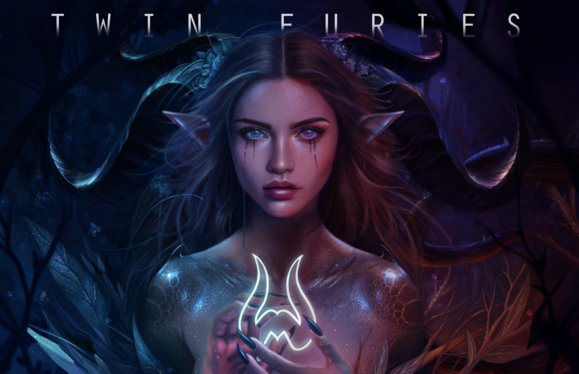 Speaking of fantastic art, get a load of this incredible painting by Nina Ray! We love the background details, the subtle contrast of colours and that awesome glowing Zamorak symbol. Absolutely breathtaking work, Nina Ray!

Now, keep your eyes on Nina Ray's amazing artwork as you listen to the atmospheric orchestral soundtrack it inspired! Shout out to Gawkie for this absolute banger of a rune tune. There's not a dry eye in the house here at Jagex HQ!

This week's screenshots come from the FashionScape discord! Join their vibrant community here. 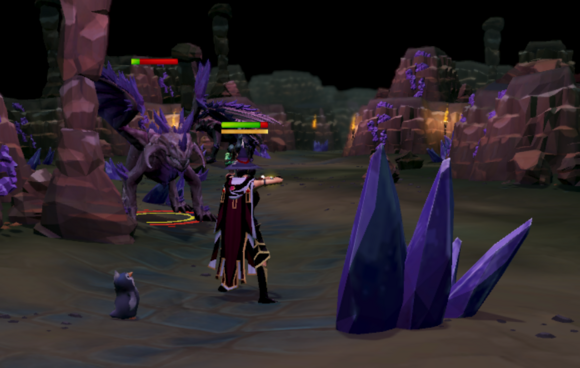 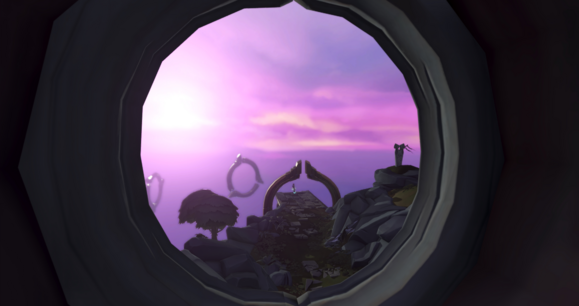 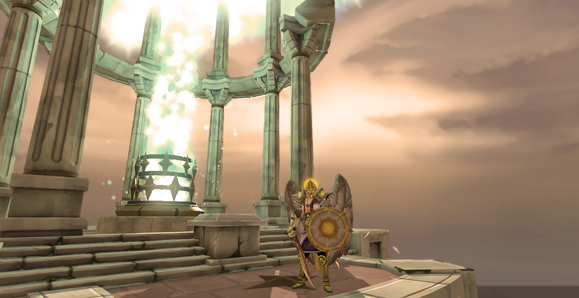 This week's Pink Skirts Event is a Nex: Angel of Death boss mass! To join the battle, meet up with leaders Pippyspot and LSPVM247 this Friday February 26th from 20:00-21:00 at the Ancient Prison on World 92.

For more info on this and other Pink Skirts Events, check out their page!

Need to finish up your Treasure Hunter skilling collections? Why not check out TH Trading, where you can find treasure hunters willing to help you trade?

You can join the community by clicking here.