With the beta sign-up only a week away, we’d like to let you know how the beta will work and how you can get involved in shaping the future of combat in RuneScape!

In recognition of the commitment shown by our long-term members, anyone who registers for the beta who has been a member for 12 or more consecutive months will have full, unlimited access to the beta for the entirety of its duration. In addition to this, we will be choosing another 50,000 of our most active and committed members from the remaining pool of registrants. If you’re not selected to participate, though, don’t worry, as ALL members will have temporary access every weekend from the 7th of July until the beta closes. Not a member yet? Sign up now.

The registration process will be open from the 1st to the 19th of June for members only. On June 1st, we will be adding an item to all player inventories. Clicking on this item will open the Evolution of Combat website, from which you can sign up to the beta for the chance to help define one of the biggest updates in RuneScape’s history! 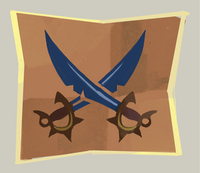 Invites will be sent out on the 26th of June, when the beta officially launches! Successful applicants will be able to log in to the beta worlds as soon as they receive their invite.

In the meantime, check out the second-ever installment of the Behind The Scenes on video, with an exclusive interview with Mod Mark (Lead Designer), Mod Chris L and Mod Rathe (lead developers for combat).

You can also discuss the sign-up here. The RuneScape Team