Update:Spend Summer in RuneScape on the Road to Elf City

Get your hands on an exclusive Summer Special membership package today. Save yourself over 25% on 3 months' membership and get an XP-boosting aura and amulet to help prepare for the Elf City launch! 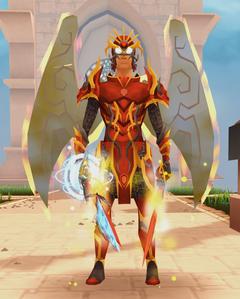 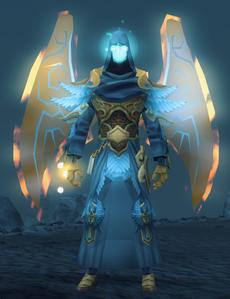 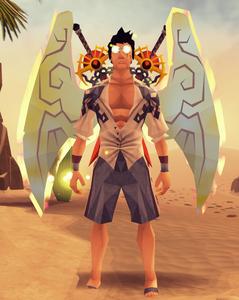 The Enlightenment Aura grants you a double XP boost for 2 hours every week throughout June, July and August! Even once summer's over, the aura's yours forever - and as long as you're a member in future summers, you'll get the same bonus then.

You'll also get the Crystal Amulet: an elven artefact that gives you daily XP towards the skills required for the Elf City. It'll also let you collect elven resources before the gates of Prifddinas open. Visit the wiki for details of how the amulet works[help].

Note that Gold Premier Club members and those of you who've held 12 consecutive months of membership - as of today - will get the aura and amulet automatically, at no additional cost. If you don't have them right away, don't worry - we'll be adding them for everyone shortly.

Get your Summer Special membership now - at over 25% discount, or just 5 Bonds - and be ready as soon as summer starts!

The Summer Special's a great way to get access to all our members' content - including these amazing updates, coming in the summer months:

Bandos is dead, but who will step up to command his forces? Take your place in a bloody tournament to determine who lives and who dies!

Battle an arachnid menace alone or in pairs and claim level-90 two-handed weapons!

Finish the Mourning's End series with this Grandmaster quest, and herald the opening of Prifddinas itself.

Special Attacks and 138 combat are coming back, and you'll also get your hands on the Legacy Mode Beta!

This mighty minigame is getting a graphical overhaul, better rewards, a new hard mode, and the dreaded Penance King!

Who doesn’t love exploding vermin? Especially when they bring explosive rewards. Hunt your skillchompas and throw them at Divination, Fishing, Mining and Woodcutting spots to earn XP!

Plus a whole lot more...

On top of all this, you can also look forward to Twitch TV integration, some very royal rhinos, Pest Control improvements, and plenty of community fun.

Finally, this autumn, the city you've been waiting for finally opens its gates. Eight districts, a brand new Grand Exchange, and more crystal gear than you can shake a staff at will be yours to enjoy! Battle, quest, and skill your way through this summer to reach your final destination: Prifddinas, the Elf City!

Remember, your membership package is available to purchase from 28th May but your items will not be usable until 1st June . Any further questions? Take a look at our FAQ[help].

Enjoy, and have a great summer!