Death has cast his desolate gaze over the Soul Reaper rewards, and the last thing we'd want to do is disappoint him. Taking on board ideas from Redditor Fowdraco, Mod Ryan and Mod Daze have filled out the list with some sweet new unlocks.

Among these is a brand-new Book of Death, a pocket-slot item that grants combat stats and a small chance to insta-kill your enemies (or do an extra chunk of damage to bosses). As well as the unlock at Death's Store, it requires 80 Crafting to make, and is untradeable.

There are also two new cosmetic rewards that unlock automatically on completing a set number of Soul Reaper assignments. Note that these are unlocked retroactively, so seasoned reapers can get these right away:

We've also rebalanced the pricing of aura refreshes and the Death's Deal unlock to better reflect their usage.

Big thanks go out to Mods Harrison and Wolf, who chipped in to help Ryan and Daze with testing and design.

So gear up and make a beeline for a boss – Soul Reaper just got more rewarding!

The shelves of Solomon's Store are creaking under the weight of some truly mighty new stock.

First up is an new legendary pet. The Jungle Gorilla's just the sidekick you need for a jaunt to Gielinor's farthest reaches.

For a limited time, there's also the ability to buy a shadowy variant of the pet – named Titus in our community competition.

Also for a limited time, those who buy a 2400 RuneCoins package will get the Shadow Gorilla armour set.

These are perfect for every delver into dark dungeons. Get it while you can! 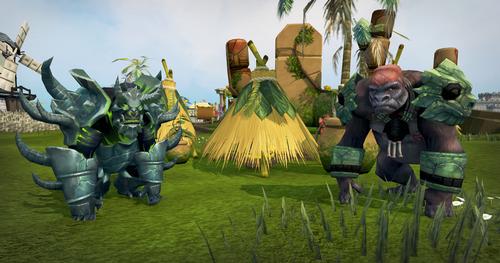 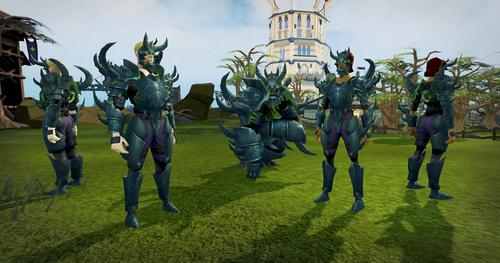 You can purchase RuneCoins via the website, or redeem Bonds in-game.

Have a superbly shadowy week of 'Scaping, all. Look out for an awesome Nex video later this week!

Each week we live stream Q&As, in-game events and more. Watch our streams and find a full streaming schedule over on our Twitch channel.

Check our YouTube channel, too, for all of our previous streams, including the latest Mining and Smithing Dev Diary – your one-stop shop for all our Smithing plans with this year's rework.

Tomorrow's stream is based on the epic plans we have for the first couple of months this year – based on the 'Year Ahead' video. Read on to find out more!

The next few weeks will see a glut of smaller, interesting projects that our developers have invested their own time into creating: starting with Nex: Angel of Death, out next week. This will culminate in an epic Game Jam weekend, which we'll be streaming for your viewing pleasure over February 18th-19th.

So we'll be on the sofas discussing Nex*, as well as the concept of passion projects and why we think they're the perfect addition to the RuneScape content calendar.

*Note: we'll only be giving away a limited amount of information about Nex (we want there to be some surprises!), but please don't let that stop you asking questions!

Mod Shauny will be back and showcasing some of the updates you've got to look forward to next week, as well as going through some of the Soul Reaper updates!

Get your weekly dose of PvM goodness with Mod Lee – don't miss it!