Rangers rejoice - sirenic armour is here! This level 90 power-type armour is the very best gear you can wear for pumping out projectiles. Made by high-level crafters using drops from powerful monsters, it also means money-making prospects for skillers and slayers. Doesn't hurt that it looks amazing, too! 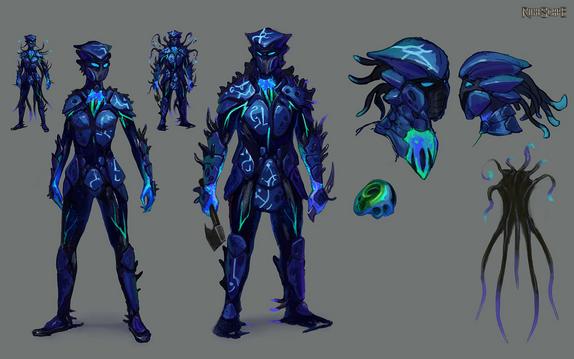 It degrades in the same way as tectonic armour: it becomes untradeable once it has been used in combat, cannot be repaired, and lasts for around 60,000 hits before disintegrating entirely.

The armour can only be obtained through the Crafting skill, or through trade. Crafting the armour requires Crafting levels of 91 to 93, as well as two materials: sirenic scales and algarum thread. For full details, take a look at the wiki[help].

Sirenic scales can be found as drops from legiones, as well as from aquanites, spiritual mages and dark beasts, or traded. Algarum thread can be purchased from Ocellus Virius outside the Monastery of Ascension at a cost of 500,000 coins per unit.

The true origins of these strange materials are shrouded in mystery, and Ocellus is staying tight-lipped, but one thing's for certain: every master sharpshooter in Gielinor will want a set of this spectacular, powerful armour!

Mod Neuo and the RuneScape Team

This week, we've also updated some of the ultimate abilities, making them more powerful, long-lasting or useful:

For a look at the art design behind sirenic armour - as well as a preview of the Lumbridge Rebuildathon - take a look at our latest Behind the Scenes Video: