It's high time for a Rare Token Store refresh, and there are some awesome new additions that'll help you stand out in the crowd.

The change hits at 00:00 UTC on 21st June, and from then until 23:59 UTC on 26th June you'll find promotional slots on Treasure Hunter filled with bountiful packs of Rare Tokens.

Read on for details of what's coming, what's going, and what's sticking around in the store, or just head in game, pick up some Rare Tokens for yourself and click them in your inventory to start browsing.

Pick up these new arrivals as soon as you can – there'll be a 30% discount on the first 250 of each item! 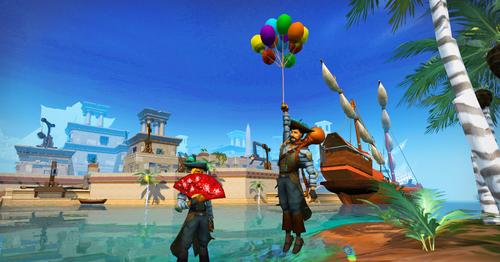 Get these soon – once they're gone, they gone, and they won't be restocked after 26th June!

Fancy trying your luck at a bargain? You can get a mystery rare for a discounted price on the 'Random Rare' tab.

Note that if you delete these and then reclaim them from Diango, you'll receive them in a broken state and will need to repair them before use.

This update also means that a number of items are leaving the Rare Token Store.

From 21st June, these will no longer be available:

Here's hoping you pick up some awesome new rares for your collection. See you in-game!