From the RuneScape Wiki, the wiki for all things RuneScape
(Redirected from Update:Rainbow’s End)
Jump to: navigation, search

While opening the rainbow chests, you can win multiplier tokens, which unlock multipliers on your prizes for the rest of the promotion - up to a dazzling x7!

You can also put your hands on new rainbow-themed prizes, such as a bow and a parasol. They're tradeable rares, and will be just as sought after as the previous rainbow items - the rainbow amulet and cape - which you’ll also have a chance to get, if you don’t have them already. 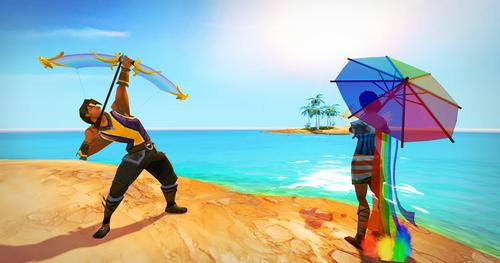 Get opening those brightly coloured chests and bag yourself some fabulous prizes!