We all love big, exciting updates like The Land Out of Time, but sometimes it’s good to look back on older content and fix things that didn’t go quite right. This week we’re spotlighting the quality of life changes we’ve made to Elite Dungeons, Dungeoneering, and the monster examine spell. Plus: stay tuned for a recap of two very exciting announcements.

We’ve made various quality of life changes across every aspect of Dungeoneering, many of which were suggested by you, the community. Here are just a few of them:

Legacy mode has also received a small upgrade this week with the addition of a second action bar. Now you can place twice the amount of spells, prayers, or items – and if you like your action bar just the way it was then you’re in luck, because the second bar is toggleable via the settings menu. 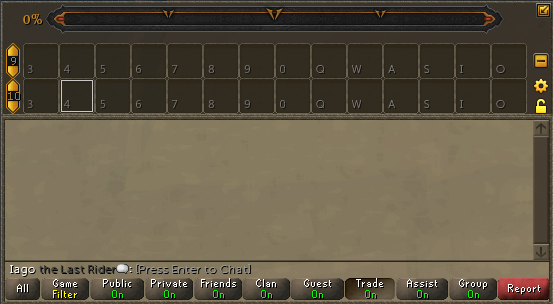 Monster Examine has been in the game for a while now, and we felt that it was time to update it in line with recent changes to the game. The UI has been updated to show the following new information:

Here’s a quick before and after image: 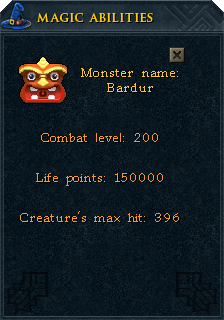 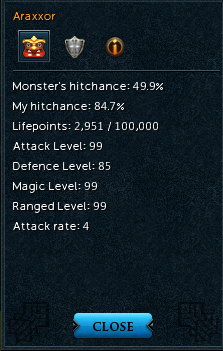 In all the excitement of the Dig Site Rework, it seems that some of the new supplies were left unlabelled. Across multiple social media we've seen requests to get these added. As a result examine text has now been added to a variety of items and objects in the new and improved Varrock Dig Site.

That’s all the major changes made to the game this week – but don’t forget, you can read about all the changes and fixes in the patch notes.

Land Out Of Time Announcement

We’re SO excited to be able to reveal our big summer update at last! This July, you’ll get the opportunity to travel to The Land Out of Time, a mysterious island inhabited by creatures beyond all imagination.

Take a look at the teaser video for your first peek at a brave new world:

The Land Out of Time wasn’t our only big announcement last week: we’re also pleased to announce that RuneFest will be returning on the 4th and 5th of October, 2019!

We’ll be back at the Farnborough International Exhibition and Conference Centre for two whole days of announcements, awards, and frantic skillchip gathering.

It's your last chance to get up to 50% off of RuneScape's most coveted auras. Vampyrism, Dark Magic, Maniacal and more are on sale right now in Solomon's General Store - but be quick! The aura sale will finish at 23:59 game time on Friday, May 31st.

Vic the Trader will no longer be accesable with bonds after 23:59 game time on Sunday, June 2nd.

You'll still be able to use any Portable Vics that you have left over, as long as they are unactivated.

Don't forget that Vic has just added the elite Woodcutting outfit (Nature's Sentinel) to his store!

Our live streams are always a great opportunity to grab some awesome in-game prizes. And this May, we’ve done one particularly hefty update of the LootScape for you! We’ve added a bonanza package for your Player-Owned Farm, courtesy of Granny Potterington. In addition, we thought it would be time to bring back some player-favourite goodies: the skilling outfit piece, the Loots Cape and Nature’s Balance (main-hand sword override).

This May, each and every RuneScape stream watched will give you a random drop from one of the following:

Exciting isn’t it?! So don’t wait up - connect your RS account to your Twitch account and find out more here. Once that’s done, have fun and watch our streams during the day for a guaranteed drop.

Each week, we host developer Q&As, exclusive in-game first looks and more. And it’s all live on our Twitch channel, join us! Missed a stream? Don’t worry, we keep them all on our YouTube channel. Be sure to Subscribe to be the first to know.

In today's stream we'll be going through upcoming changes to the Smithing skill and show you the newly implemented Quality of Life updates for the Elite Dungeons! Additionally, with RuneFest just announced you can be sure we'll be talking a little bit about that. By the way, last week’s Land Out of Time teaser was just a glimpse of the amazing adventures awaiting in the far away land of Anachronia. We will have more information on how we plan to reveal more about our Summer Update in the coming weeks.

This week, our featured streamer is Miss Liddles. As always, expect the very best adventures in Gielinor and most probably alongside lots of fun!

And since we love to support our amazing Content Creators, this featured stream is also an opportunity to grab a LootScape! That’s right, you can now receive in-game loot when you watch a RuneScape streamer. It works exactly the same way as our official streams, just watch Miss Liddles’ stream (her Twitch channel) and you’ll receive the LootScape the following day!

Our resident PvM expert Mod Lee knows no fear and he’s ready to take you all on another round of boss mass. From Vorago to the Kalphite King, the Corporeal Beast, the Angel of Death, if you’ve got a set to complete, an achievement to unlock, or simply want to hang out with friends and slay some, this is the place and time!

Of course, adventures continue in Gielinor even when we're too busy (PKing) creating the adventures of tomorrow. Our PMods are here to welcome you in a range of PvM Boss Masses, Events and Q&As each week. Check out all the community events organised by the Pink Skirts on their official schedule here.