There’s also Jessika’s sword – an off-hand companion to Korasi’s sword – buyable with commendations by those who’ve completed The Void Stares Back.

With a range of graphical and quality-of-life improvements too, now’s the perfect time to rejoin the Void Knights’ vigil.

Play RuneScape now, or read on for more information.

To win, you’ll need to destroy four portals that the pests are using to enter Gielinor, or keep a stationary, vulnerable Void Knight alive for 20 minutes by fighting off attackers and repairing defensive structures.

To start, you’ll need at least combat level 50. Speak to the Void Knight squire at Port Sarim docks, or right-click her and select ‘travel’.

You’ll then be taken to the Void Knight Outpost, where you can get on one of three ships – requiring level 50, 100 and 150 combat respectively – which will take you to increasingly difficult versions of the game.

The higher the level of the version you pick, the more commendations you’ll earn to spend on rewards, should you win. 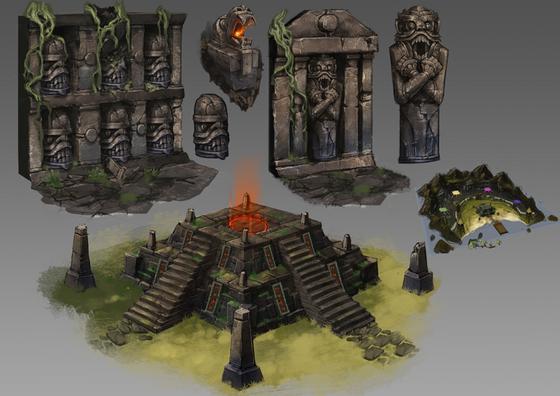 First up, there’s a chance that you’ll get both a commendation and a Void Knight seal whenever you kill a void pest in the minigame.

Note that you will only receive the seal if you have the inventory space, and the commendation only if you’re not at the limit – although this has been increased to 1000.

Void Knight seals have been made more useful, too – dealing far more damage to void pests than before. They can also be used to teleport to the Void Knight Outpost, at the cost of one charge.

There’s more to buy with your commendations, too:

The rewards interface has been clearly organised into four tabs, so all this is easier to find. There’s also an additional rewards vendor by the outpost’s docks.

Note that the Conquest rewards interface has not yet been updated.

Also, the small gold coin reward given for winning a game has been removed - replaced by the increased rewards detailed above.

The environment of the minigame has been spruced up, with graphical updates to its landscape and to the portals.

Interfaces used during the minigame are better-looking and clearer too, with invulnerable, vulnerable and destroyed portals clearly indicated.

As well as improving the rewards and looks of Pest Control, we’ve made several other changes to make the game slicker and more enjoyable:

The Void Knights need your help, and you’ll be well rewarded for fighting alongside them. Log into RuneScape now and play Pest Control, and let us know what you think.

Read the patch notes for full details of today's updates.