From the RuneScape Wiki, the wiki for all things RuneScape
Jump to: navigation, search
Original videoNzgdaEsP1fA|340|630

Now we’ve turned 18 and feel all grown up, it’s perhaps fitting that this month we’re casting our minds back right to the very beginning of our journey, with a sequel to RuneScape’s first ever quest!

However, that’s just a taster compared to February’s main course. Are you ready for the arrival of the third and final outing in our epic Elite Dungeons trilogy, The Shadow Reef?

Also on the way this month are some great new cosmetics, and some less obvious but actually very cool improvements to how we build quests. Oh, and a tiny little thing called…

Most of you will know the deal by now, but those who want to learn more you can read about everything that’s included and excluded on our dedicated Double XP Weekend page.

If you have not done so already – and even if you have! – Double XP is also the perfect time to get stuck into the Mining & Smithing Rework.

Twice the XP for every bit of ore mined and every weapon forged? Yes please!

The third and final entry in the epic Elite Dungeons Trilogy is nearly upon us, and at long last it’s time to face the Ambassador. 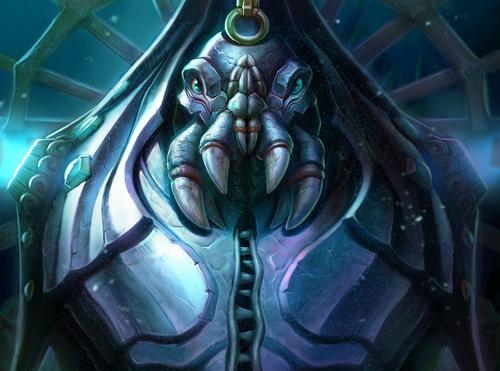 By now you’ve likely conquered the sandy pillars and steps of the Temple of Aminishi and successfully traversed the burning depths of the Dragonkin Laboratory. But even if you haven’t, the time has come to take the plunge and tackle the watery challenge of The Shadow Reef.

This story driven adventure takes you to the realm of the dreaded Ambassador, although he is just one of three bosses and loads of minibosses – all of whom are voiced – that players will have to face if they are to emerge triumphant. Also look out for the miniboss named by a charity auction winner (we suspect you'll know it when you see it). Players must descend ever deeper into this multi-levelled underwater abyss and prevent a ritual designed to summon an ancient evil to Gielinor.

Successful adventurers can lay claim to a new tier 92 two-handed crossbow, three pets and three new sigils, among other things. And those who have been paying close attention to the narrative threads weaved through the Elite Dungeons thus far may find a few loose ends being tied up...

Also keep an eye out for our special Elite Dungeons video releasing on February 22nd, which will recap all the ED fun so far and give new starters an encouraging nudge in the right direction. That’ll be on our YouTube channel.

To get started on The Shadow Reef, head to the boat east of Daemonheim. There are no level requirements, although be warned that the combat is aimed at higher levels. Note that you no longer have to have completed any of the Elite Dungeons to access the others, although there are bonuses available to those who complete each dungeon in consecutive order. We're also introducing a new spotlight mechanic that sees one of the three Elite Dungeons offering additional bonuses each day on rotation.

We want to correct a very grave oversight. Ladies and gentlemen, we are guilty of gross negligence: we have knowingly created a digital world in which cheesecake does not exist. For nearly two decades the fine denizens of Gielinor have been forced to endure this injustice. But now our new quest, Chef’s Assistant, is here to right this wrong.

Cook’s Assistant was the first ever RuneScape quest, released way back in 2001. Back then players were helping to make a birthday cake for Duke Horacio. Chef’s Assistant works along the same lines, with players helping Head Chef to perfect a new recipe for a top-secret dessert to show off at the next 'Cooks, Apprentices and Kitchen Experts Society' meeting – cheesecake!

Chef’s Assistant is relatively short combat-free (one does not fight when cheesecake is involved) F2P bottle quest that’s available to all players with access to the Cooks’ Guild (which requires level 32 Cooking).

Once your cheesecake skills have been mastered, you’ll be able to make six different varieties (some of which make use of the flavoured milks from Player Owned Farm) with prayer restore and healing effects. Plus there’s some very cheesecakey post-quest content and a new achievement to grab.

To get started, players must have firstly completed Cook’s Assistant – which we presume you’ve already had plenty of time to get done. Then simply head over to the Cooks’ Guild and speak to Head Chef to begin the quest. Chef’s Assistant launches on February 11th.

Those with a penchant for fashion will also want to keep a close eye on Treasure Hunter this month. Crystal Capsules will offer the first chance to get hold of the new shadow gem helmet and weapons, along with deathtouched darts and assorted sizable large cash prizes. Look out for that from the week beginning February 7th.

Also keep your eyes peeled for Boneyard, which will for the first time offer both the Bone Master Outfit and the Skeletal Bear pet. These arrive on the week beginning February 28th.

February also sees the introduction of several under-the-hood changes to how we put our quests together. The impact for players won’t be either immediate or huge, but it will make the lives of our developers a little easier and allow them to better bring their fantastic ideas to life.

Alongside this are a few tweaks and tucks to how quests operate in game. Changes so far include:

We’re over the moon about how many of you have joined this year’s Premier Club. And we have good news for those of you yet to take the plunge – due to popular demand, we have extended the opportunity for you to grab 2019’s Gold Premier Club package. You can find out more about the package here.

Also landing shortly are the introduction of Farmhands and an Animal Barn to Player Owned Farm. The former will be purchasable with beans and will help look after your pens, while the latter will give much-needed space to store your animals.