New Assassins have come out of the shadow in the lands of Gielinor, and beckon you to join them.

From 00:00 game time on Wednesday 24th January through to 23:59 game time on Monday 29th January, complete tasks on the Assassin’s Contract to earn fabulous new prizes, including the fearsome Faceless Assassin outfit. 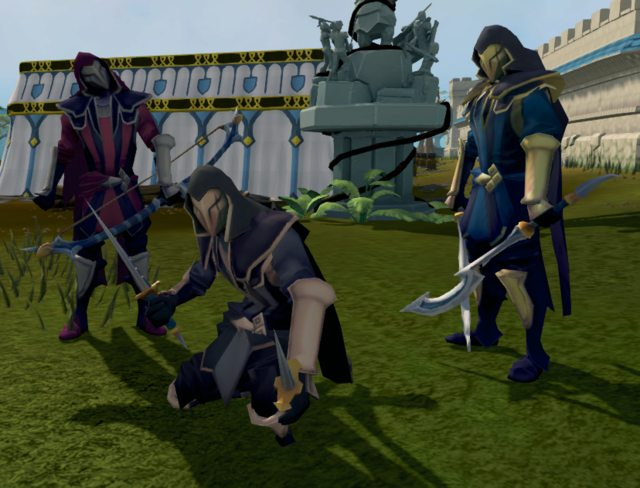 Get your contract by opening Treasure Hunter (Ironmen should speak to Diango) during this promotion. Complete all 16 tasks on the Assassin’s Contract to unlock the full outfit in blue, then prestige and re-complete the tasks multiple times to unlock more colour options, plus weapon overrides and the assassin’s walk override!

Want to get those rewards quicker? You can win the assassin walk override directly from Treasure Hunter, or subcontracts which allow you to skip the tasks you don’t want to do. Note that the subcontracts cannot be banked due to the functionality change if you fully complete the contract.

Ironmen should speak to the Faceless Assassin hiding somewhere around the world to tick off the Heist minigame task automatically.

May your training be swift and your adventures as a Faceless Assassin be bountiful!