War is upon us.

The Elder Gods have commenced their assault on Senntisten Cathedral. Gods, mortals, and everything in between plus, of course, you - the World Guardian - must stand together against the most powerful entities in the universe. It's a battle for the very fate of Gielinor.

This is the epic first stage of the Elder God Wars Dungeon, which opens front-by-front over the rest of the year! Each front will offer a unique theme, making this a richer dungeon experience for every player, from hardcore bossing pros to budding PvMers.

In The Nodon Front, Jas sends the enslaved Kerapac - along with an army of siege-weapon bearing Nodon Dragonkin - to rain fire upon the Cathedral. This brutal battle elevates the traditional God Wars Dungeon experience, with high-end Slayer Mobs, a final showdown against Kerapac and a wealth of legendary rewards!

The Nodon Dragonkin, awakened from their slumber under Anachronia, are laying siege to Senntisten. 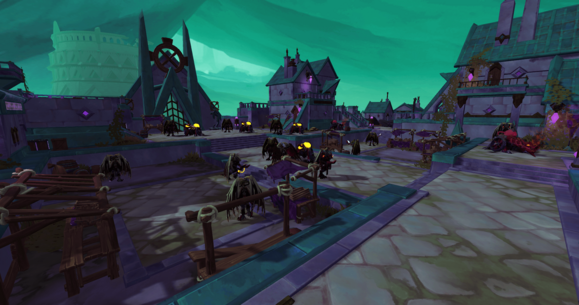 This new horde of Slayer creatures are made up of Guards (Melee), Hunters (Ranged) and Artificers (Magic) alongside the even more deadly Engineering variant. Given their powerful and savvy nature, only a highly experienced Slayer (92+) can hope to defeat them.

Alongside their brutish warriors, the Nodon have brought almighty Siege Weapons to break the Cathedral's defences. Destroying these machines will be vital to the Cathedral's survival - but players experienced in Construction (90+) may just be able to turn their own weapons against them!

You won't be battling alone, either. Having set aside their differences to tackle a greater threat, some of the original God Wars Generals - Zilyana, Nex, Kree'arra and K'ril - have joined the fray. Each of them can gift you a temporary bonus ability to help you resist the onslaught.

As you smash through the fearsome Nodon armies, you could be lucky enough to find special upgrade kits based on the Nodon's Siege Cannon technology. Each of these three kits can be used on your Dwarf Multicannon, Kinetic Cyclone or Oldak Coil to amp up their damage. The Dwarf multicannon also comes with an impressive new look!

The General - Kerapac, The Bound 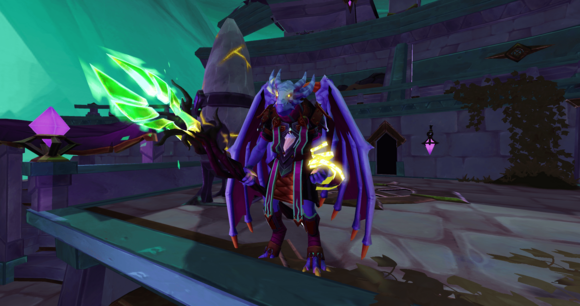 Kerapac - once saviour of his race, now slave to those he once fought - awaits you for an epic showdown within the Grand Colosseum of Senntisten. He can accommodate 1-3 players for both Normal and Hard Mode, but we recommend taking him on solo for both.

With two Elder Artifacts in his possession, The Needle and The Staff of Armadyl, Kerapac makes a formidable foe. To defeat him, you'll need to manipulate time itself.

This fight is a step up in difficulty from any of the previous four God Wars 2 Generals, featuring three phases (plus an extra fourth phase on Hard Mode). We're saying no more for now - you'll just have to survive his onslaught to tell the tale...

The plus side of battling someone with access to legendary equipment is that you're in for some incredibly powerful drops - including the first EVER Tier 95 weapon!

Blast the target with beams of concentrated energy.

Exclusively for those who can master Kerapac's Hard Mode, one of the most powerful rewards in RuneScape awaits - the legendary Staff of Armadyl!

This Staff has a hugely significant history within the world of Gielinor, and we're not going to reveal how to wield it for yourself - that's for you to discover! For now, here's a preview of its unique special attack:

Special Attack: Instability - Launch an unstable blast at your target for 50-200% weapon damage. Each time you land a critical strike against your opponent in the next 30 seconds, your staff will fire an extra spell.

Merge this special attack with the Greater Concentrated Blast ability and the Essence of Finality Amulet and you'll have a power output that even the Gods will dread!

This set of Tier 85 Magic Gloves enhances the Combust ability.

Wear these gloves and, for six seconds after using the Dragonbreath ability, the Combust ability will deal 25% more damage - and deal it instantly.

The Elder God Wars Dungeon will introduce brand-new God Books based on each of the Elder Gods. These God Books offer improved stats over Illuminated God Books, and each come with a unique effect. In the Nodon Front, the book is the Scripture of Jas, which offers:

The Book itself can only be acquired as a drop from Kerapac, but Pages can be dropped by any enemies on the Nodon Front. *Note: Elder God Books cannot be illuminated.

While these are the main rewards available with the Nodon Front, there are a few more secrets to be discovered. Let's just say that it may be worth packing your Pontifex Shadow Ring...

For each front we release, you can benefit from free death reclaims and free Ring of Death charges when engaging in combat activities.

The Nodon Front arrives on Monday July 26th. Make sure you're ready for the fight ahead with our Prepare For War guide. We'll see you down there in the ruins - good luck...