For now at least, the defenders of Senntisten Cathedral are holding fast against the Nodon Dragonkin and their leader, Kerapac. But hold off on that sigh of relief – a bitter chill has cut across the south of the city. The Elder God Wen is about to begin an assault of her own.

Welcome, brave adventurer, to the Glacor Front. Here, you'll face off against new glacor Slayer mobs, lead by an ancient, unstoppable Arch-Glacor. By your side stand Gielinor's most powerful mages. They can provide you with an even greater challenge, in a RuneScape first: a fully-scalable bossing experience suitable for everyone, from new PvMers to seasoned vets.

Wen's army has overrun the south of the city, transforming its ancient streets into their new icy dominion under the shadow of the old aqueduct.

This powerful ice-elemental army is made up of glacors and their smaller cousins, glacytes. You'll need 84 Slayer to even think about fighting them, but destroying them is well worth it – they leave behind Glacor Remnants, a core ingredient needed to craft some of the powerful new weapons that can be found on The Glacor Front.

To aid in your battle, Helwyr can gift you his poisonous gas mushroom ability – a taste of nature's power should freeze the glacors in their tracks. You can find Helwyr guarding the last bridge between the glacors and the cathedral, alongside the elves of the Cadarn and Iorwerth clans. 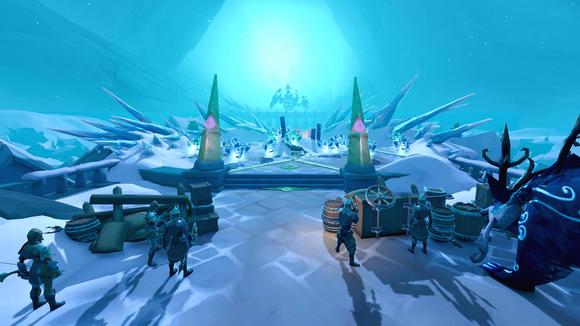 The Arch-Glacor is the giant, evil ice elemental looming over the battlefield. You can't miss it! Its sole purpose is to freeze over everything – and everyone – in its path.

This creature has such immense power that six of Gielinor's greatest magic practitioners have banded together to dampen its capabilities: Charos, Ariane, Arianwyn, Akthanakos, Enakhra and Azzanadra. If you're up for a real challenge though, you can give one (or more!) of them a break and activate the unique scalable twist at the heart of this boss fight. 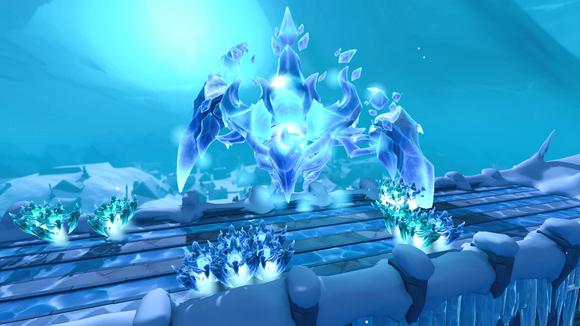 In a first for RuneScape, the Arch-Glacor is a boss that lets you toggle on and off various mechanics to customize the difficulty of the experience. To enable or disable a mechanic, you'll need to speak to one of the mages and either give them an opportunity to rest or bring them back into the battle. The more mechanics you have enabled, the better the rewards!

This power-dampening system is designed to help players who are new to PvM learn key boss mechanics one by one – or in combination - while still providing a respectable challenge for experienced warriors. If you haven't felt ready to face a boss before, there's no better time to give it a go! 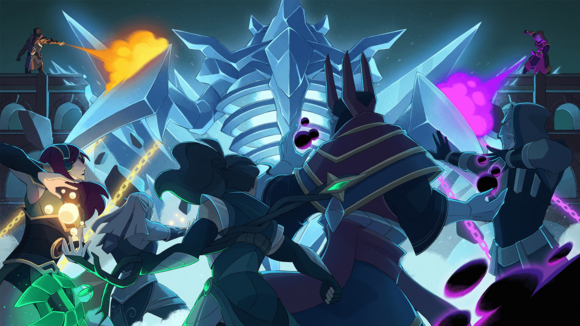 Here's a look at the mechanics the Arch-Glacor has at its disposal:

This Mechanic is always enabled.

Ice Shards approach slowly from either side and force the player into a specific area of the arena. This attack occurs before any toggled mechanic to teach players how to be prepared for incoming attacks.

Additional glacytes are spawned. As well as attacking the player, the Arch-Glacor will be immune to damage until all its minions are killed.

The Arch-Glacor will switch between two different damage types with high damage in their respective style. The player has increased damage reduction when praying against the correct combat style.

The Arch-Glacor forces the player to one side and calls down elemental beams from the sky. The beam follows the player, then splits into two to harass the player from two sides. Being hit by the beam deals damage and saps 8% of max Prayer points.

The Arch-Glacor traps the player in a small area and launches a huge surge of energy at them. This attack is unavoidable, requiring the use of other tactics to survive.

The Arch-Glacor releases its frozen core into the centre of the arena, causing its body to collapse and become inanimate, while slamming both its arms down on either side of the player.

The frozen core begins to emanate a harsh, icy energy that damages and applies a stacking debuff on the player. The damage grows with every stack. To escape, the player must smash through either of the arms and get out of its proximity in order to escape death.

Any combination of these mechanics is the Normal Mode experience. In Normal Mode, all deaths are safe, so there are no costs or penalties for failure. In addition, the Arch-Glacor can be fought with others – yes, boss massing is enabled!

However, for those looking for a real challenge, there's one more option in play…

Whether you're a bossing veteran or simply looking to cut your teeth on a trickier battle, Hard Mode is the toughest challenge the Arch-Glacor can offer.

As a god, Azzanadra is holding the majority of the Arch-Glacor's power at bay. Asking Azzanadra to rest will enable all mechanics and add additional changes that up the ante even further.

You can only enter Hard Mode as a solo player and there are no safe deaths – but for those who surmount this challenge, exclusive Tier 95 melee weapon drops await.

Like The Nodon Front before it, The Glacor Front features a bounty of rewards – from the next God Book to epic new gear. We'll tell you more about these in detail next week, but in the meantime, here's a sneak peek at some of The Glacor Front's unique rewards - including the new Melee weapons, their Tier 95 variants, some new cosmetics and the Arch-Glacor Boss Pet. 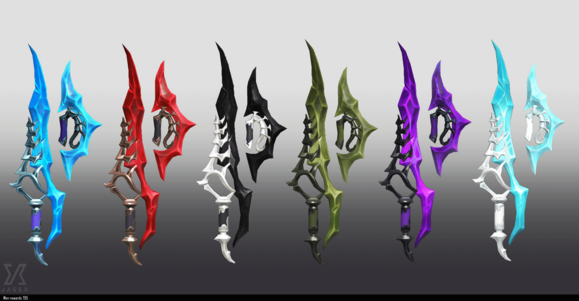 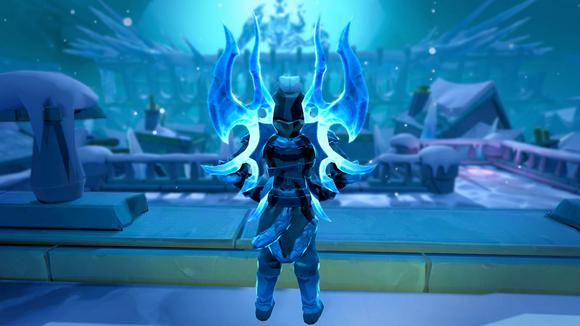 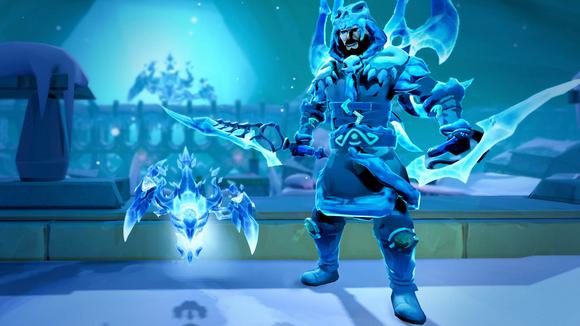 The first week of The Glacor Front's release will be a Free Death Week for all bossing – perfect for those of you looking to dive into Hard Mode (remember: Normal Mode has permanent safe deaths!)

Get ready to join the fight when The Glacor Front opens on Tuesday, August 31st!