Are you ready to fight RuneScape's first-ever skilling boss? Not sure? Well, don't panic – we've got you covered. Read on to learn everything you need to know to cut Croesus down to size.

Let's start with the basics. Croesus is unlike any boss seen in RuneScape before. To beat this distinctly un-fun-guy, you'll need to use your skills - not your weapons! - to push back the fungal tide (gross). Since it's a massable boss, we recommend going in with a team of eight other players – but there's no hard and fast rule, and if you feel like a challenge, you can take it on with a smaller group.

The skills you'll be using are Mining, Woodcutting, Hunter, and Fishing, with a bit of Construction on the side. Accordingly, there are matching skilling nodes scattered throughout The Croesus Front where you can train your skills while gathering different types of fungus. More on that very shortly…

There are no skill or combat requirements to access the boss fight, but we recommend at least level 80 in all relevant skills. Remember, your skills will be temporarily drained by Croesus' attacks, so the higher they are, the safer you'll be.

And although not essential, we recommend playing the City of Senntisten quest to get a grasp of the story so far. 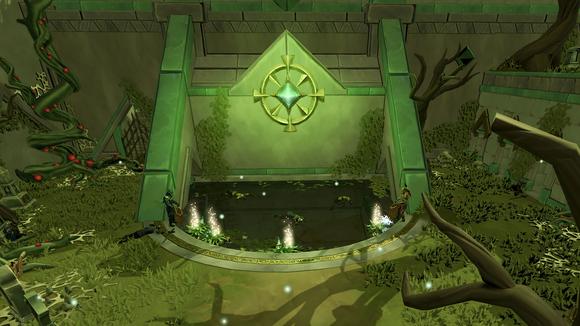 Throughout the front you'll find both standard and enriched skilling nodes – they're the unfortunate guards covered in fungus. Use your Mining, Woodcutting, Hunter or Fishing skills to harvest from them.

You can use that fungus to create consumable items for use in the boss fight, plus the new armour and some other funky stuff. 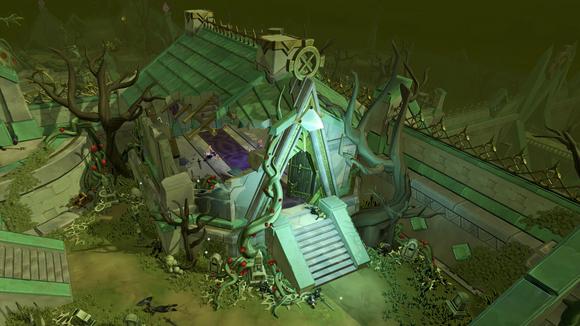 Bik's general can be found in the furthest section of the Senntisten graveyard, where it's busily chowing down on four ancient heroes of the Zarosian Empire and their most iconic trophy kills – an Araxyte, a Giant Mole, a Crassian Leviathan and a Dagannoth Rex. They're all dead, of course, but to beat Croesus into submission you'll need to pry its dirty mitts off their graves and rekindle their heroic spirit.

Work as a team and use your skills to remove the fungus from the dead creatures around the edge of the arena. Once you've gathered enough resources and sufficiently weakened Croesus, you can repair the four heroic statues. When they're restored to their former glory, they'll shine brightly and fire a cleansing ray of light at the boss. Yowch! 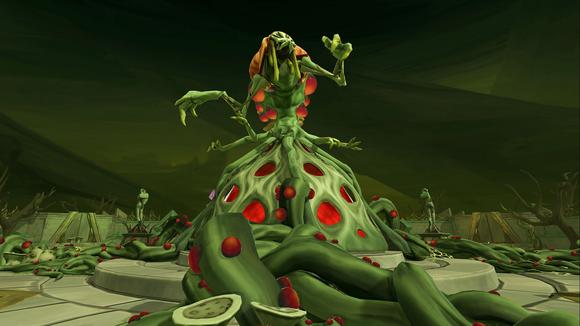 This will temporarily subdue Croesus and give you access to the fungal core from which the boss draws the majority of its strength. Hack away at that to weaken Croesus further. After a while, Croesus will go back to guarding the core, so you'll need to restore another statue to get at it again. Once the fungal core has been completely removed, Croesus will re-enter its dormant state – and you'll be free to claim your rewards.

Want to learn more? Then be sure to check out our previous Croesus Front blog and take a gander at the VOD of the reveal stream.