RuneScape's 200th quest is here today and yours to play. Venture forth right now, and enter the Dimension of Disaster!

New Varrock is capital of an alternate reality, where heroes are in short supply and Zemouregal presides over a nation of the undead.

Cross dimensions and explore this strange new city: the dark heart of a Gielinor that could have been. Build up the cash and gear you need to complete five sub-quests, then finally face the necromancer himself.

Read on for full details of this huge, multi-part quest – and join us in celebrating this epic RuneScape milestone!

How to Start Dimension of Disaster:

Speak to Gypsy Aris in Varrock

You must be a RuneScape member

Requirements for the sub-quests:

Once you've spoken to Gypsy Aris and stepped through the portal, it's time to take a look around.

New Varrock bears many similarities to the city you know so well, but a dearth of heroism has left it looking considerably different.

Your goal is to complete all four of the sub-quests found throughout the city. Check the map for start locations. For three of these, you must have completed its equivalent quest in Gielinor proper. The exception is the New Varrock version of Demon Slayer, which requires Shadow of the Storm.

You can't take any gear through the portal with you, so you'll need to tool up once you're there. Use your skills and combat prowess to make money (a currency called 'zemomarks') and obtain equipment – by making it, or buying it from the shops.

Activities to consider include:

Note that your worn inventory and backpack contents are saved if you leave New Varrock – even if you're repeating the quest.

Beyond that, it's down to you. Get stuck in, explore, and have fun discovering New Varrock's secrets for yourselves!

Completing the sub-quests awards you with XP in a wide range of skills. Some also give you zemomarks or other useful items.

The New Varrock Tasks have some sweet rewards too, including increased zemomarks for completing New Varrock's Curse of Arrav, and upgrades at each tier for the Varrock Task Set armour.

Dimensions of Disaster is RuneScape's second replayable quest. Once you finish it by completing the five sub-quests and speaking to Aris back in Varrock, you'll unlock a reward shop and the option to reset the quest. Remember that you'll keep your hard-won New Varrock items, even across quest resets.

Note that you'll only get XP and quest points on your first run through. All other rewards are given each time, though.

The reward shop accepts only silver pennies. You'll obtain some of these for completing Dimension of Disaster the first time, and with each repetition.

First up among the reward on offer is an upgrade to Darklight, increasing its damage, accuracy and special attack bonuses against demons. If you've unlocked the Quicker Killing Blows passive with slayer points, Darklight will also function as a rock hammer.

There are also cosmetic overrides related to the quest – some of which function as useful disguises for future playthroughs. There's also a Tiny Zemouregal bobblehead pet, passives which can speed up future runs through the quest, and a weekly XP lamp (which can be improved with the New Varrock Tasks).

Completing the 200th quest is an epic endeavour, and there's plenty to see and do in the city of New Varrock. We recommend taking your time, and soaking up the sights.

Dimension of Disaster is a celebration of RuneScape questing, and it's jam-packed with nostalgic nods, jokes and Easter eggs. We hope you'll have as much fun discovering them as we did making them.

Enjoy, and here's to 200 more quests! Head over to the forums to join in the discussion.

The votes are in for your top 10 quests of all time. Six JMods met to chat about your choices, and to reminisce about RuneScape's questing history:

Adopt some New Varrock chic with the Arrav outfit – a gloriously ghoulish tribute to the undead warrior.

This five-piece outfit adds a dash of posthumous panache to any wardrobe.

Note that this outfit allows you to adopt Arrav's appearance, and is different from the various Arrav-related overrides unlockable after completing Dimension for Disaster, which resemble Arrav's gear, as worn by the player.

Purchasing this pack and unlocking all of the Arrav quest overrides will grant you an upgraded version of the Solomon's Store outfit: the Cursed Arrav outfit, complete with additional one-handed sword and shield overrides! 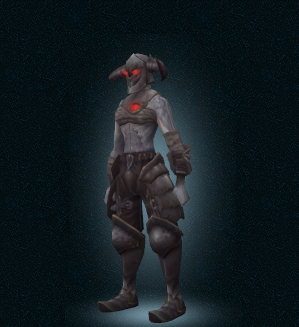 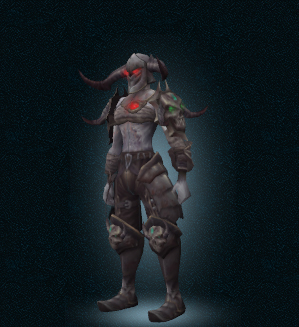 Get the Arrav outfit from Solomon's Store! You can purchase RuneCoins via the website, or redeem Bonds in-game.