Following on from Mod Joe's blog about the overall plan for July's Arc project, and Mod Orion's blog about the Uncharted Islands, here's Mod Rowley with some info on the content's narrative elements.

Ports voyages are already overflowing with narrative content. Even the simplest of voyages could mention a new character or faction, a sea monster or event. At the time of their writing, we weren't considering that these were things we would ever see in-game, and as such, there are lots of ideas that wouldn't even work as game content. As text, your mind can fill in the blanks that no amount of graphical budget ever could.

As such, Ports has made the Eastern Lands a true melting pot of concepts, a blending of real-world cultures and mythologies, original creations and thinly disguised pop culture references. In one way, that's great for us, as it's a treasure trove of ideas for us to draw upon and a great starting place. On the other hand, there are more concepts available than we could ever do justice to, even with years of development time.

This list isn't exhaustive by any means, and we wouldn't only want to be making content based on descriptions of Ports voyages anyway. We've got plenty of our own new ideas, a heap of great suggestions from RuneLabs, and some new narrative based on Monkeymaner's Temple in the Sky idea.

It's possible that, over time, more of these ideas will make their way into the game beyond the short text descriptions they currently have. For our July and October releases for the Arc, however, we've had to be selective. As a result, some parts of the Arc will feel familiar to Ports players, and we're hoping that other elements will end up being an unexpected surprise.

One element of Ports that we will most definitely be using in the Arc is the various adventurers. We'd be silly not to use them. You couldn't ask for a more varied, eclectic and developed bunch of characters. 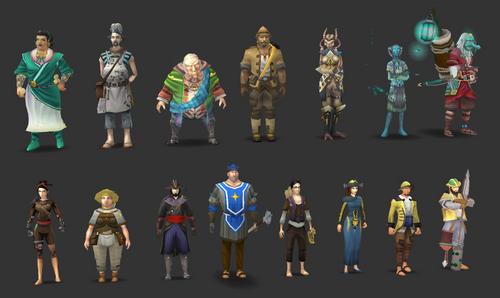 For the most part, they will only be visible to players who have actually met them in Ports, though in a couple of cases they might be available earlier (but suitably standoffish). In all cases, however, they will reflect your current progress through their personal story voyages.

Elements of their stories will also come into play. For example, Lydilla (The Architect) lives on Waiko, and her story revolves around finding building materials strong enough to withstand that island's earthquakes. This particular facet is more likely to come into play in October's release, though.

As a team, we've also decided to release a graphical rework of Port Sarim. Much like the Falador graphical rework, Port Sarim's rework will be accompanied by a small event. Through this, we'll be building up to your first proper journey east, to give you narrative motivation to go there beyond just wanting to explore it.

Before you'll be able to sail off to the Arc, you'll first have the Raid on Port Sarim to deal with. Structurally, it is similar to The Invasion of Falador (albeit on a slightly smaller scale), but more on that at a later date.

Some of you will be familiar with a character called Jed. He was introduced in Mega May, though we always planned to continue his story. Jed will be your initial antagonist in the Arc region, but dealing with him will just be the first step as you strike out farther east. Charming as he might be, Jed is a Skulls pirate slaver and not a nice person. While Skippy and co. might be safe back home, others haven't been quite so lucky. 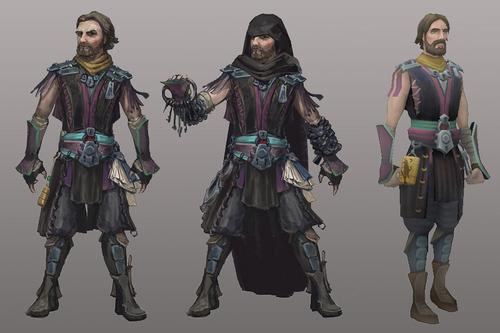 We already know Trader Stan hasn't been lucky, with Jed having stolen one of his ships, so you'll also want to talk to Stan to begin the first of the Tales of the Arc: Impressing the Locals. This is the Raid on Port Sarim's equivalent of the Invasion of Falador's Banner of Radallin quest, and it will be a requirement for visiting the Arc.

Just to be clear, this miniquest is the only requirement for visiting the Arc, itself only requiring membership to complete, and it will be the only element of the Raid on Port Sarim event that will be permanent content.

Tales of the Arc will be the main narrative content in the region. It was clear early on that the bulk of development time on this project would have to go into actually building the known islands of the Arc region. Filling them with things to do then became the next most important thing, to give players reason to keep going back there. Creating a full-length quest on top of that just wasn't feasible, so we opted to instead create a number of 'mini' quests.

In structure, they are simpler than a full-blown quest, focussing more on character and story than bespoke set-pieces, puzzles and boss fights. In addition to Impressing the Locals, we're aiming to have one Tale per inhabited island, though not necessarily focussed on each island.

So how many islands will be coming with July's update, and which ones? Well, your first port of call in July is going to be Waiko (a trading hub), along with Whale's Maw (a haven for fishermen) and Aminishi (home of the Acolytes of Seiryu - see below for more on them).

This means, for July, we're aiming to have three further miniquests set in the Arc region proper. The other four locations - Tuai Leit, Goshima, Cyclosis (you'll have to discover this one in Ports first), and The Islands that Once were Turtles - will arrive in October. That release will likely bring another three, and we're considering a final one to form part of this year's Halloween update. That's up to eight miniquests in total in place of one or two regular quests, though the final number and distribution is, of course, still subject to change.

In the future, once more of the Wushanko Islands have been built, we have no doubt that they'll be home to full-length quests. A lot of the initial stories will be on a more personal level (the Eastern Lands is free from the influence of gods, but it's not without its own problems).

Also, Mod Stu clearly missed the 'mini' part when he worked on his quest. The internally titled 'headquest' (one of July's miniquests) is on the longer side. Bad Stu, bad.

The Acolytes of Seiryu

Monkeymaner's concept has been ever-so-slightly tweaked to better fit into the established narrative of the Eastern Lands. Instead of a Temple of the Sky (with air monks and elementals), we've made it a Temple of Seiryu - the azure dragon of legend - as depicted on the highest-tier Ports portal. For a number of reasons, it's made more sense for us to theme this around water instead of air, but narratively everything else is still there - the monks, elementals and spirit dragons, and suggestions of a temple. 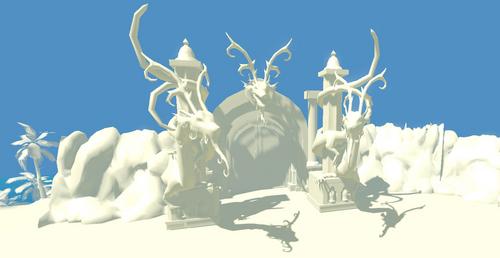 It's a previously unnamed faction in the Eastern Lands, but one that fits in very neatly, and leaves us future room to expand upon. Perhaps later regions will also see you running into other new factions focussed on the other known legendary creatures of the east - Byakko the White Tiger, Suzaku the Vermilion Bird, and Genbu the Black Tortoise.

One other way in which we'll be delivering some narrative is through random lore drops. The story surrounding the Acolytes of Seiryu is likely to be delivered in this way (time permitting). And what would desert islands be without at least one message in a bottle? Where it might lead, though, is anyone's guess at this point, so we'll leave this for you to discover for yourselves.