There's brimstone on the breeze this week as Demon Flash Mobs manifest in RuneScape, taking you to Gielinor's darkest places to test your team-based combat skills to the max! 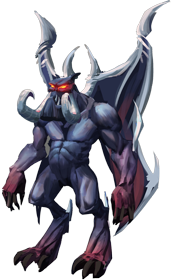 While on members' worlds, those of you with combat level 120 or higher will receive hourly notifications in your chat boxes informing you of demonic incursions at any of 14 locations around the world, including the Wilderness. To take on these graphically reworked beasts, you'll need to gear up for combat and gather some friends, because this'll be no walk in the park.

When you face the demon boss, you'll notice that he'll have titles before and after his name. These give you clues as to his combat style and special abilities. For example, a demon named 'General Mord'uun the Blazing' would fight with accurate melee attacks (from 'General') which would cause additional fire-based damage over time (from 'the Blazing'). For a book giving further details on the meaning of demon names, speak to Brother Celerity in Edgeville Monastery.

When defeated, the demon boss can give some valuable drops. Best among these are pieces of demon slayer armour, along with main-hand and off-hand demon slayer crossbows. This awesome ranged gear has good stats - the armour is equivalent to black dragonhide, and the crossbows are better than rune crossbows - and you'll get a boost to damage dealt and experience gained while fighting demons for each piece of the gear you equip. A full set of the gear makes the crossbows better than their dragon equivalents when fighting demons! It's worth noting that fighting a flash mob in the Wilderness gives you a greater chance of getting a demon slayer gear drop, and other drops will be worth around three times as much as elsewhere! 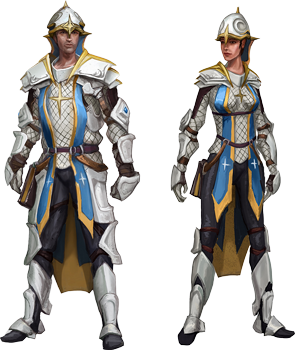 So, buckle up your best smiting trousers and gather some strong friends to your side - it's time for some demon-slaying mayhem!

How to start Demon Flash Mobs:

The Wilderness isn't the only place where demonic forces pierce the veil. In a rework of the old Demon Slayer quest, you'll help Grüfeld Bach - demon hunter extraordinaire - to foil a wicked plot against Varrock by finding the legendary sword Silverlight.

The new quest is a much more focused experience than its travel-heavy predecessor, as you complete trials to test your mind, body and spirit on your quest for the sword, and comes complete with shiny new graphics and amazing audio.

If you've already completed the old version of the quest, you'll be able to replay this one. You won't get any more Quest Points for doing so, though, and you won't need to complete the new quest in order to wear your quest cape or completionist cape.

How to start Demon Slayer:

Take a tour of Demon Flash Mobs in our latest Behind the Scenes video: