This week's various updates include the wildstalker helmet and duellist's cap 'death hats', which track your Wilderness kills and Duel Arena victories, a graphical improvement for Draynor Village and Manor, plus a variety of small tweaks taken from player suggestions on the forums.

Laying down the smack in the Wilderness and defeating opponents in duels is all about the prestige (and money), right? So it's only natural to want to show off and demonstrate your ability to others. Well, free-players and members who wish to do so can visit Estocada at the Duel Arena[help] to pick up a duellist's cap[help], and Mr Ex in Edgeville[help] to receive a wildstalker helmet[help].

While snazzy looking in their own right, these hats will keep track of your skilful victories and unlucky defeats, but only while you are on a members' world. As your body count rises, your hats will morph into ever more impressive states, as will your ability to brag about your accomplishments with the emote each hat bears (after their first morphing).

While this does mean that you can only increase your stats and morph your hat while a member, lapsed members will still be able to wear their hats on free worlds, in whatever state and with whatever stats they had accrued as a member. Once you've got some victories under them, both hats also allow you to transform into a commemorative statue of yourself, which others may read for a summary of your endeavours, including (should you wish) your kill/death ratio and your all time most valuable kill in the Wilderness.

The already quite spooky Draynor Village and Manor[help] have become even spookier with today's graphical improvement. The market has been given a more bazaar makeover, the buildings are more fittingly sombre, a murder of crows has flocked to the tiny village and the whole area is now shrouded in darkness and fog. Why not drink in the sights next time you pay a visit to Diango or the Wise Old Man? Just not literally – that fog is a real pea-souper, and who knows what it consists of... 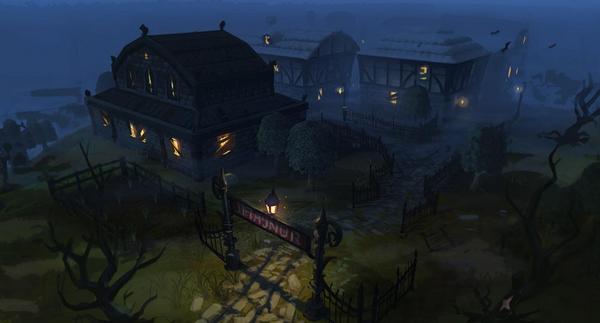 We’ve compiled a list of tweaks to existing content, taken entirely from player suggestions on the forums. The changes are as follows:

We've changed the golden mining outfit from last week's Lava Flow Mine[help] release, for players who own both the complete outfit AND any version of the Varrock armour reward from Varrock Tasks[help]. The change means that these players can wear either platebody while mining, and receive both the 2.5% boost to earned Mining XP (so long as they're wearing the other four parts of the golden mining outfit) as well as having the chance of receiving extra ores (up to whatever ore your Varrock armour would normally allow).

Below the 'Play Now' button on the homepage is a new 'Log in with Facebook' button, which you can use to log into the RuneScape game. (You can also access our site features, such as the forums, through a similar button on the website login page.) Normally, this will log you straight in, but the first time you use this button you’ll need to log into your Facebook account (which installs a RuneScape app on your Facebook account; you will need to grant permission for this), and associate it with a Jagex account of your choice (optional). You can toggle this account association on or off in RuneScape Account Management. The RuneScape app can also be removed to revoke the permissions you granted, through the Facebook site under 'Privacy Settings', should you ever wish to do so. If you are using a shared computer, we also highly recommend you check that you are logged out of Facebook too after leaving the game. For more information, check out the Facebook Connect - FAQ forum thread.