Birthright of the Dwarves

This week, we bring you Birthright of the Dwarves: the fifth and final entry in the Rise of the Red Axe series of quests.

Voted for by you, and featuring enemies, activities and rewards designed by the RuneScape community, this Grandmaster quest marks a spectacular end to one of RuneScape's longest-running and best loved story arcs. There's tough combat, choices to make that'll affect the fates of the quest's characters, and some smashing rewards too, including access to three dragon weapons; a new monster; and a new D&D based in the Lava Flow Mine that can get you an Imcando pickaxe - a mining pick that can destroy ore for extra XP.

Veldaban - former commander of the Keldagrim Black Guard - is a dwarf on a mission. Having brought peace and relative stability to his city in the earlier quests in the Red Axe series, he has just one loose end to tie up. Hreidmar - villainous leader of the Red Axe faction - and his right-hand dwarf Colonel Grimsson are still at large, and Veldaban plans to hunt them down before they can strike again.

Following Veldaban's leads, you'll root out dissident elements among the dwarven populace, battle the player-designed chaos druid leader Ikadia to learn more about the chaos dwarves' origins, and take the fight to the Red Axe in some of the most challenging combat we've released to date - from armies clashing in subterranean sorties to brutal boss fights, this quest will test your courage and skill to the limit. 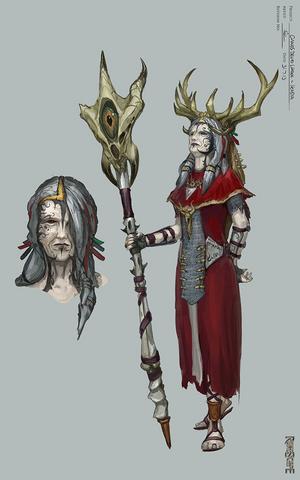 You'll be asked to make tough choices during the quest that'll determine the fate of several of Keldagrim's dwarves - some of whom will be familiar to veterans of the Red Axe series. Ultimately, it will be your actions and your decisions that shape Keldagrim's future.

Succeed, and no fewer than three brand-new dragon weapons will be available for you to obtain and wield: the dragon warhammer, the dragon battlestaff and the dragon throwing axe.

These fill out the roster of level 60 weapons nicely, and can be obtained once the quest is complete: the hammer from the Keldagrim warhammer shop; the staff from Santiri's Quality Weapons Shop in Keldagrim; and the throwing axes from killing chaos giants. Uncanny aberrations with an axe (or three) to grind, these beasts are player-designed, and the challenge of battling them is well worth the loot they can yield. 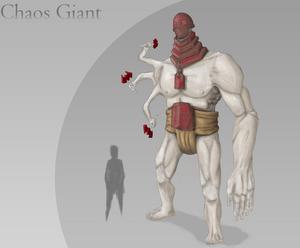 Last, but by no means least of our player-designed additions to the game is a new D&D for the Lava Flow Mine: lava geysers. The geysers erupt from the lava channels at random intervals, and can be cooled and solidified using water or ice spells. Once this is done, anyone who has completed Birthright of the Dwarves can mine it for good XP, as well as the chance of obtaining fragments of an Imcando pickaxe.

The Imcando pickaxe is a legendary mining implement that acts very much like an inferno adze for mining. It destroys some of the ore you would usually collect while mining, granting you additional Mining XP when it does so. Thurgo can put one together for you, but he requires all four fragments gathered from lava geysers, as well as a gilded dragon pickaxe, a million gold coins and - of course - a redberry pie. It's a tall order, but there's no better tool on Gielinor for mastering your Mining skill. 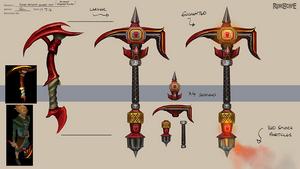 To go along with Birthright of the Dwarves, every dwarf in the game is now up to date with stunning new graphics. The graphics team have really outdone themselves, giving every dwarf in Gielinor a character all their own, as well as the tough, stocky frames they deserve. 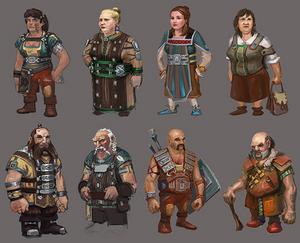 There's also a magnificent musical score for the quest, bringing the whole experience together in style. Feast your ears on a preview here:

If you haven't already, now's a better time than ever to start the Rise of the Red Axe quest series and get to know the citizens of Keldagrim.

Mod John A and the RuneScape Team

How to start Birthright of the Dwarves:

Take a tour of the new quest and meet the newly updated dwarves in this recently released video:

The Battle of Lumbridge

After ten hard-fought weeks, the Battle of Lumbridge is over! When you next log in, you'll see the climactic moments of the god-sized clash at the battle's core, and the battlefield will lie silent.

From now on, you'll no longer be able to gather or submit divine tears, and it's not possible to unlock the titles or weapon overrides available from battlefield drops. However, you can still unlock rewards from leftover renown by speaking to the quartermasters, who'll be in their camps for some time yet. You'll also meet a Saradominist priest by the battlefield crater who can replay the Battle of Lumbridge cutscenes for you, and will give you details of how to obtain pieces of the armour sets from the God Wars Dungeon.

While there's no gameplay benefit to being on the winning side - and no penalty for backing the defeated faction - you'll see acknowledgements of your alignment in content to come very soon. How the battle has truly affected the balance of power between the gods has yet to be seen.

Of course, it falls to the inhabitants of Lumbridge to rebuild their home, and you'll be able to help them do so very soon. Take a look at Mod Mark's recent Behind the Scenes post for details of the Lumbridge Rebuildathon.

Well done and huge thanks to everyone who took part in the Battle of Lumbridge. You were part of an epic event that reshaped the face of Gielinor and set the stage for the Sixth Age. Look out for more such content to come, and - if you haven't already - watch the video below for Mod Moltare's hints about what the future has in store: