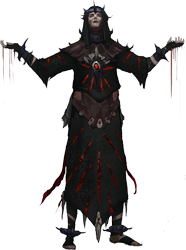 We start the month with an almighty high-level bang, as we introduce a complete rework to one of the most exciting and busy areas of the game: the God Wars Dungeon.

To start with, we will completely overhaul all of the visual elements of the dungeon. The environment itself is being reshaped and redesigned to truly represent the freezing, hostile place the God Wars Dungeon was intended to be. Almost every NPC has received a complete makeover, with the boss monsters getting special attention.

We're also reworking all of the music and sound effects within the dungeon, making the update a true feast for the senses!

It’s not just a pretty place to look at. We’ve added new drops for the boss fights, giving you new reasons to fight against the magnificent K’ril and Zilyana, who will be dropping new offensive magic robes, amulets and a new crossbow! All of the bosses (including Nex) will also now drop brand-new armour parts for existing sets such as Bandos, which can currently be seen on the beta servers.

For those of you interested in the lore of the dungeon, each of the bosses will also have a chance of dropping journals, expanding the background stories of the characters and mysterious entities that populate the area.

All of the existing equipment associated with the dungeon will be getting a new look, including shiny godswords; Virtus, and Pernix armour; and new zaryte bows being some of the office favourites. We're changing some of the boss attacks and also some of the more annoying features of the dungeon: no need for rope or mithril grapples anymore!

Challenge System (members only) and Noticeboard (free and members)

For many of us, there comes a time when we're just not sure what content we should play next, whether we are a new player with so many things to choose from, or a high-level veteran with many goals and unfinished targets. To help solve this, in September we are introducing a Challenge System to give everyone a little more direction. Each player will be given a selection of Daily Challenges, based entirely around the levels that they have. These Daily Challenges can be about training your skills, playing minigames, participating in combat, all sorts of things...but completing them will give you extra XP and rewards to help you reach those elusive levels. Each day, another Daily Challenge will be added to your list, so you’ll always have something interesting to do each day that you log in.

To present these, we’ve reworked the Task List and Quest Journal tabs to produce the Noticeboard, which is your new one-stop destination to look at all of the content available to you. On it, there is a selection of pages showing a wide variety of skilling options, quests, minigames, recently added content, Tasks and Challenges.

Two New Quests (one free, one members-only) and an Al Kharid Rework!

Many of you will have already met Ozan, the brave, loquacious and devilishly handsome rogue who has broken hearts and locks across Gielinor. Towards the end of this month, he will star alongside you in two all new novice quests, which encompass a humongous graphical overhaul of the whole of Al Kharid. Similarly to One Piercing Note, players with any level of experience will be able to complete the quests, but players with higher stats will be able to access the unique content hidden within.

If you haven't already, check out the Al Kharid overhaul in our recent Behind the Scenes video:
Original videoCFjxWcx36Rk|340|630
Together, these quests form a rollicking re-telling of the Prince Ali Rescue quest, and they'll find you climbing, jumping and tumbling through the newly updated streets and rooftops of one of RuneScape’s oldest cities. You’ll need all your cunning and thievish guile as you tail marks, steal artefacts and dabble in a little political manoeuvring.

It’s a real sandstorm of an adventure, taking influence from both the traditional Arabian Nights stories and more modern big-budget Hollywood action adventure films. All of the content will be fully voice-acted, and it will feature some of the most fantastic set pieces, most beautiful locations and most beguiling puzzles to be found in RuneScape. They're also a great lead-in to the rest of the desert quest series.

The basic rewards are focused around low-level players, with a new area, titles and equipment available, but there’s plenty more hidden for those with a keen eye for exploration and the right levels.

As you have no doubt read, we're almost ready to reveal our latest and greatest blow against the evil botters that pollute the game. While the Engine and System teams have been fixing, testing and improving the system, we thought it would be great if all players were able to get involved in punishing these clockwork menaces...so we’ve created Botany Bay. 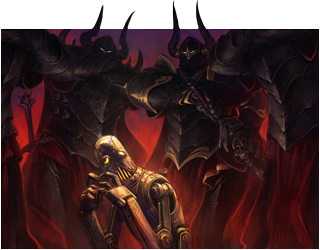 After a cheating, rule-breaking, botting account has been caught in the act, they will be teleported to Botany Bay: a new location, hidden on a dark, foreboding island and run by the Botfinder General. Here, real players will be invited to listen to a fully voiced speech from the General, while pelting the offender with rotten tomatoes. You'll then be invited to choose one of three game-ending punishments for the offender, resulting in a brutal set of animations and a permanent ban. You’ll be able to hear about ongoing trials via the announcers that sit near several busy in-game locations. They will also offer a handy teleport to anyone nearby.

For those actually voting and choosing the account-ending punishments, you’ll also be able to access new cosmetic rewards, including a flaming pitchfork emote.

We’ve also got a new Postbag from the Hedge as your letters are answered by some of the weirdest and wildest of your favourite NPCs, and a selection of new items and rewards via Solomon’s store and the Squeal of Fortune.

Don’t forget to check out the Behind the Scenes videos for more info, as well as live Q&As: first with Senior Narrative Designer Mod Osborne, and then with CEO Mark Gerhard and VP Daniel Clough!

What is a 'Behind the Scenes' article?
Behind the Scenes is a sneak peek at the planned game updates that we hope to launch in the coming month.
This, however, is only a plan; not a promise that a particular update will be released in a particular way or at a particular time. To get you the highest quality updates as quickly as possible, we usually keep on tweaking and testing right up until the moment before release, so sometimes things change or take a bit longer than expected. We aren’t afraid to change our plan if necessary, as we will never launch an update before it is ready.