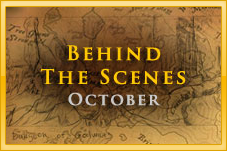 October is traditionally a month of scary surprises and toothache. This month will be no different when it comes to our Hallowe'en content, with a quest AND holiday event both to be available on the free servers. For scary surprises: how about entire worlds where you can PK and hunt other players to your heart’s content? That’s right, PvP worlds are coming! But first, a few words about how we’re going to update RuneScape in the future.

During the last six months we’ve been reading through the forums, talking to you in-game and running polls on the sorts of updates you really want. It doesn’t take a genius to realise that it’s the bigger, chunkier updates that really get you excited, those like the God Wars Dungeon or a new skill. These are the sorts of updates we found that you wanted to play. Updates that you want to go back to time and time again.

So, starting from this month, we’re changing the way we release content. From now on you’ll see one massive “headline update” (such as a Recipe for Disaster or a Castle Wars) every month. On top of that, there will still be a secondary release, much more like the size of update you’re used to right now. We’re also still committed to making sure that no two weeks pass without something new.

Basically, from now on our releases will be like this:

Ever found yourself wanting to say, “Look, it’s my tree. If you don’t stop chopping it...I’ll chop you!” Sounds cool, right? Yeah, but where could you do it? And when? The answers are PvP worlds and October!

From log-in, those that are interested in PvP content will be able to join in on special PvP worlds. The danger on these worlds will be very clear from the first messages you see, ensuring that players never log onto these worlds by mistake. After all, we don’t want players accidentally getting involved with PKing (player killing) if they don’t want to. Normal, non-PvP worlds will still act just as they do now, so don’t worry if bashing others isn’t really your thing.

Those that want to get involved will find a number of differences to the usual set-up on PvP worlds. Firstly, you’ll be able to fight people pretty much anywhere, so long as their Combat level is similar to yours (within a certain range of levels). This means that almost everywhere is dangerous. Some places, like banks and respawn points, will be deemed “safe” and no combat will be able to occur there, and some of the minigames will be disabled (you won’t be able to PK team mates while playing Castle Wars, for example) but many will still be active. Other places, like Falador, Varrock and the entirety of the Wilderness, will be considered “hot spots” where the danger will be even greater and a higher concentration of opponents.

Now, onto the money side of things. Many of you will be aware of the RWT (real-world trading of RuneScape gold for money) reasons we changed the old Wilderness. We certainly can’t just bring that threat back to RuneScape, so we have devised a system that rewards players based on a variety of factors. This means that things such as risk, level of foe and location will help to calculate rewards. Drops will be determined by a combination of drop tables and some of the gear that your opponent drops. We will go into more depth about this on the day of release.

As well as changing things around with the headline updates, we also decided to change the way we do things with our holiday events. We wanted to make the most of the little bits of fun we have every year, and give the free-to-play game a taste of the content we release in the members’ world. This year, we will be releasing a Hallowe'en-themed quest as well as the traditional holiday event. This quest will be available to our free players for the two weeks around Hallowe’en, along with the holiday event itself. What’s it about? Well, you’ll have to wait and see, but expect some funky decorations to start appearing.

Spooky player letters and artwork will also await those strong of stomach...so be prepared.

Updates being released after October

In case that little lot isn’t enough for you, let’s take a few moments to talk about the headline content we’re releasing in the months after October:

Not long to wait now for this crazy combination for skillers and PKers. Can you and your team work together capturing resources and equipping your warriors? Will you avoid the multitude of threats bearing down on your safe haven? Will you try to make your own way to the higher level gear, or will you just PK and destroy your opponents’ hard work? Will you be able to keep the enemy at bay while stealing creation? 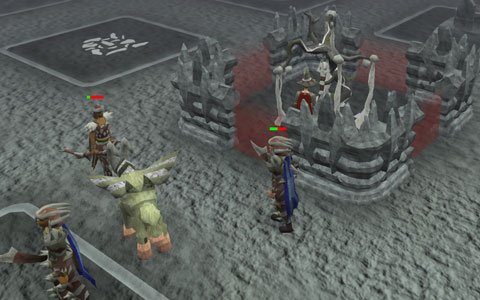 Ever fancied assaulting a castle with your very own army? You will be able to hire a mercenary force to battle against three other players, complete set objectives and earn rewards. Mobilising Armies will be a fast paced tactical minigame allowing you to control your very own RuneScape army with troops made up of humans and other races. There will also be some special effects including dive bombing gnomes and giant catapults. Will you be up to the challenge? 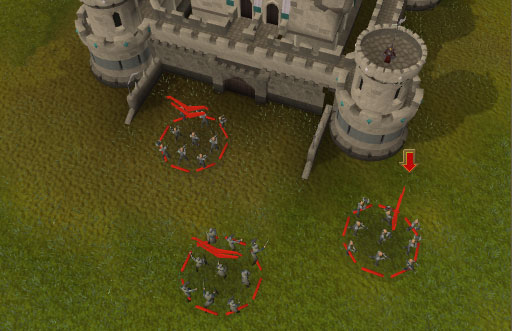