May is a great time to be a member, and anyone subscribed for the entirety of May will be rewarded with 250k’s worth of double XP boosts and 5k extra Loyalty Points on the 1st of June. What’s more, even if you’re only a member for part the month, you’ll still be able to take part in a range of 'Wild Weekends' with XP benefits, drop increases and some truly mad monkey-themed mayhem. You’ll also have an extra spin to use on each day that you're subscribed over the course of the month. We’re even planning something fun with Yelps and his Squeal of Fortune to complete the chaos. Make sure you check the news every week to see what’s coming up. They truly shouldn’t be missed.

Long lines of fires are one of the strangest phenomena you can run into when traversing the world of RuneScape, but they have remained the easiest way of training your Firemaking skill for years. That is about to change this month, as we introduce bonfires to the game. After making yourself a fire you'll be able to add more logs directly to that fire, potentially finding strange spirits who’ll give you small rewards for freeing them from their wooden prisons. Invite other players to add logs to your fire and everyone contributing will gain bonuses to their Firemaking XP gain, and hopefully make a few new friends in the process; the entire activity is far less click-heavy than old-school Firemaking, leaving you plenty of time to chat. Those of you with a burning desire to find other flamingly useful things to do with fires will find boosts to Cooking XP, and even gain health bonuses depending on your Firemaking levels and log types used.

Song from the Depths (Members-only Quest)

The villagers of Rimmington have been falling afoul of what seems to be a strange spell: one so potent that several of them have been asleep for days, even weeks, seemingly sharing a powerful dream. Local physicians are stumped as to why, and they need a new hero to solve the mystery. The Raptor - an enigmatic figure whose involvement scares many as much as the sleeping curse itself – has gone ahead of you, and the families of the sleeping men are relying on you to rescue their loved ones intact!

In this brand new quest, available to all members and with no entry requirements, you’ll be able to gain access to a new upgradable crossbow and several hidden XP rewards while trying to free the innocents from the grip of this most crippling condition. Very high-level players will also appreciate the final reward: a passive damage-reduction buff, active during one of the most highly anticipated boss fights of all time… 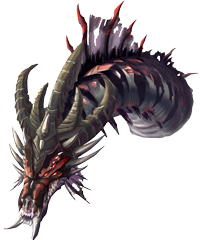 Sometimes it’s best to just run away and thank your lucky stars that you’re still alive and kicking. For those crazy enough not to heed the warnings scattered all around the known world, there’s a real beast of a challenge waiting for you. And it’s big. Really big. In fact, you could fit 5 King Black Dragons in the mouth of this mother of all dragons! The kin won’t be far away either, so be aware that your actions will be watched...and noted for future retribution.

This new boss fight is aimed squarely at mighty combatants with a combat level of at least 120 - higher, if you intend to survive. It's also designed as a solo fight, so no hiding behind your friends as you run screaming from her vicious breath attacks. In the heat of the action you’ll be expected to grasp tactics new to RuneScape, but there are some great rewards for those who do...including the fabled dragon kiteshield, a range of new dragon-orientated gear, and a host of other drops. Dare you scale the heights of one of our greatest challenges yet?

Even if you’re not quite ready to face down the monstrous Queen Black Dragon just yet, there's a brand new dungeon leading down to her lair. It includes training opportunities for a range of combat levels, along with a particularly slimy set of Slayer assignments.

Our final royal visitor this month won’t try to eat you at all. We promise. In fact, we’d like to invite you to join us for a street party! The centre of Varrock will be teeming with new characters and creatures, all of whom are preparing for the arrival of a royal carriage…but not everything is ready! Big Ben and his team of organisers need help to follow a set of Cryptic Clues, leading to a pile of diamond-themed rewards. Stalls will be filled with interesting new stock like fish & chips and corgis, although the latter isn’t for eating. Prepare yourself for an event full of smiles. It's a real royale with cheese.

What is a 'Behind the Scenes' article.

This, however, is only a plan, not a promise that a particular update will be released in a particular way or at a particular time. To get you the highest quality updates as quickly as possible, we usually keep on tweaking and testing right up until the moment before release, so, sometimes things change or take a bit longer than expected. We aren’t afraid to change our plan if necessary, as we will never launch an update before it is ready.