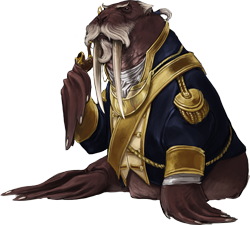 Far away on distant icebergs, the penguins are still plotting how to enslave those pesky humans. Since the untimely disappearance of Larry - last seen being stuffed inside a giant submarine - the outlook has seemed pretty bleak for those hell-bent on stopping their evil flippers. However, all is not lost!

In the latest expansion to the Penguin storyline, you’ll be asked to infiltrate a POW camp (Prisoner of Walrus) as you spy on the latest groups of marine life to muscle in on the act: namely the seals, and a rather grumpy walrus, complete with monocle and superiority complex. We’ve got plenty of puzzles, wise-cracking polar bears and some of our favourite characters all wrapped up in a fantastically fishy bundle, as well as a crazy version of a classic board game: Battlefish.

You’ll need 65 Fishing, 56 Crafting, 50 Construction and 50 Thieving to tackle this tale, but those that do will find a healthy horde of rewards: XP, a new circus event, costumes for your clockwork penguin and few hidden rewards will be there for you to seek out.

So if you’re up for a little jailhouse rock...slide on over to my plaice!

While it’s great for clans to own and customise their own citadels, we’ve been thinking for a while that they need more presence when they are roaming around the normal game world. And boy, have the new clan avatars got presence! Built and fully customised by you and your clan, each avatar (which is almost like a clan pet) is a floating colossus of elemental forces, and can provide a series of boosts, buffs and protections to you and your clan mates. It’s probably the strongest reward to date for anyone involved with clans, and it certainly looks the part. 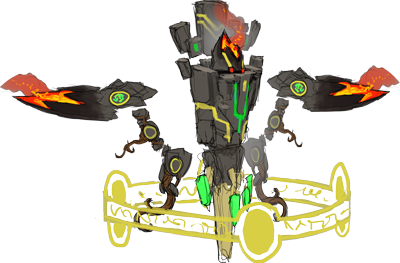 Each boost will need to be chosen by a clan member with the necessary permissions, and they influence combat, resource gathering and XP gain for any qualifying clan member who's in range of the avatar. To qualify, you'll need to collect resource items called anagogic orts, which can be obtained through citadel or surface skilling, as well as surface-world combat. The warden will also be able to kit out this odd-looking clan pet in 4 different styles for each of its 9 body slots. This means that you’ll have more reasons to hang about with your clan while adventuring on the surface world, getting rewards and looking cool while doing it. To get going, you'll need to build a habitat for your clan avatar. These come in basic, medium and grand varieties, which house one, two and three avatars respectively. Here are the resource requirements, in case you want to stock up early:

Edit: These values have been updated. 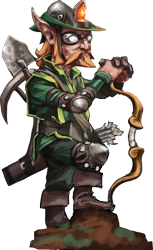 Nyriki the gnome is a famous hunter, whose life quest is to hunt down the biggest and rarest chinchompas in the land. Unbeknown to the rest of Gielinor, these timid behemoths have been bouncing around for years, but only Nyriki knows the secret of how to catch them.

Fortunately for all of us, the biggest ‘chompas in the world have now been localised to one small area, which is the last surviving habitat of the giant chinchompas' favourite food: soporif moths. Catching these beasts is often a team effort, though, so Nyriki will be inviting the keen hunters among us to help him put this almighty foe to sleep. How? By feeding it a bucket-load of mothy goodness, of course!

Rewards while playing this twice-daily D&D include generous Hunter XP while playing the game, and the ability to earn special reward points to spend on your own private hunting spots. If that’s not exciting enough, you can always spend them on useful resources, secondary ingredients or more XP instead.

Keep looking out for more exciting updates this month to the Squeal of Fortune and Solomon’s Store as we release more sizzling summer items to the game. Also, if you’re hungry for more information, don’t forget about our Behind the Scenes videos throughout the month for more pre-release info about the updates listed above.

This, however, is only a plan, not a promise that a particular update will be released in a particular way or at a particular time. To get you the highest quality updates as quickly as possible, we usually keep on tweaking and testing right up until the moment before release, so, sometimes things change or take a bit longer than expected. We aren’t afraid to change our plan if necessary, as we will never launch an update before it is ready.