Our first update this month is scheduled to be the next part of our Void Knight quest series, A Void Dance. You’ll team up with Korasi again to track a strange creature across the world, find out why certain people have been acting strangely, and discover some of the truth behind the events of ‘Quiet before the Swarm’. On the way you’ll solve some tricky puzzles, such as keeping an alchemical experiment from exploding in your face, navigating a maze of beer, and infiltrating the stronghold of one of the Void Knights’ enemies. This is an ‘experienced’ quest with requirements of around level 50 in several different skills.

We also have additional floors, bosses, rewards and challenge rooms planned for Dungeoneering this month. Stretching all the way from floors 36 to 47 of the dungeons, the occult floors are home to some of the most vicious boss monsters found in the entirety of Daemonheim. There are 6 new bosses in total, including:

Yk’Lagor the Thunderous! Originally one of the first bosses encountered on the occult floors, this demon has since been promoted to the final boss of the occult theme thanks to his dramatic introduction and challenging boss mechanic. It’s easily one of the most graphically impressive encounters yet. 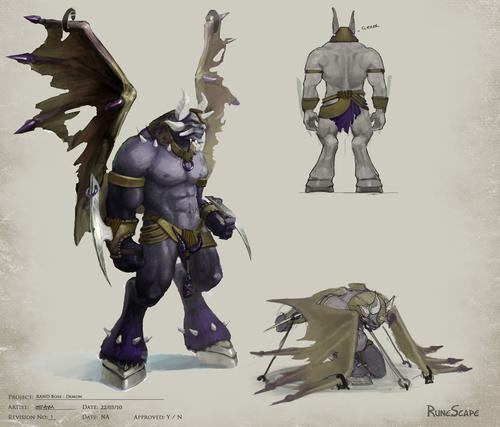 If you’re looking to spend your Dungeoneering tokens, we will be introducing eight new rewards, featuring the Ring of Vigour (a reduction to the cost of special attacks), the Eye of the Warrior, which reflects melee damage back to your opponent, and the Rigour prayer, which increases both your ranged damage and your Defence.

If XP is more your thing, the occult floors will give you the chance to increase your Dungeoneering XP gains. With the occult floors descending all the way to floor 47, you’ll be able to obtain 47 prestige instead of the 35 you are used to, meaning greater XP per hour.

You’ll encounter several creatures that are new to Daemonheim, including undead necromancers, who will summon skeletal minions to impede your progress. You may survive these, but you’ll still have to navigate nine new and fiendish challenge rooms, where deadly herbs and tightrope walking awaits.

On the week of RuneFest, we’re also planning to release a new activity on the Void Knight Island that gives you a unique method of earning Pest Control rewards. The Void Knights have devised an exercise to train their squires and knights in tactical thinking. ‘Conquest’ will put you in command of a squad of Void Knights in a turn-based, player-vs-player, tactical war game. Choose the composition and formation of your army, unleash game-changing special abilities, and prove yourself one of RuneScape’s finest tactical minds on its high score tables. Look out for events in game that week to celebrate the latest addition to our activity catalogue.

Please note – Last month’s treasure trail updates were sadly rescheduled due to technical issues, and we plan to release them as soon as they are ready.

In other news, we'll be offering you the ability to gain 10 additional bank spaces; you'll be able to obtain strange rocks when constructing furniture in the ‘Build’ mode of your POH; and you'll hover over agility shortcuts on your world map to find out more about them. Have fun!