It's been over a year since the Varrock Museum began its expedition to Anachronia, and we're pleased to announce that they've finally found something newsworthy! After plying our contact with a basket of artisanal cheeses we've heard the news straight from the dragon's mouth, as it were. Readers, what you're about to hear about is the single greatest discovery since… well, since we started doing Archaeology six months ago. Let's take a look!

Golly, that delivery of Red Lumbridge truly brightened my day! Although I have to say, a great number of the days on Anachronia are rather bright already, ha ha!

Now, what was I going to talk about… ah yes, the expedition! You and your esteemed readership will be most pleased to hear that we've finally got to work on Orthen – that's the capital city of the dragonkin, you know. The parts of it we've stumbled across so far are in remarkably good condition, considering all the world ending catastrophes that've been cropping up here recently.

Now, time for a little history lesson! We don't know much about the dragonkin's murky past, but we do know that as well as being stalwart guardians, innovative inventors and daring dreamers, they were also incredible architects! The buildings we've seen here on Anachronia are unlike any seen on Gielinor. 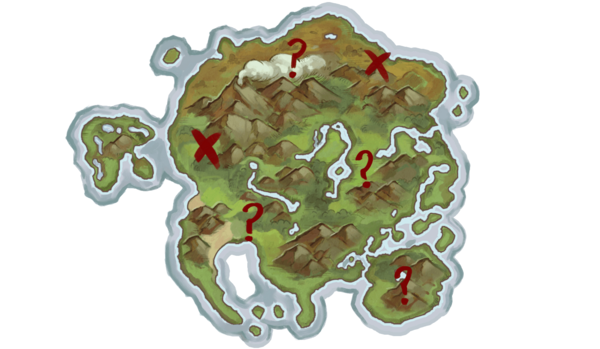 Take, for example, the mysterious structure we discovered just west of the Base Camp. It's a little dingy looking now, but in its heyday it was clearly the burial site of somebody very important.

And to the north east, we found what can only have been some sort of observation tower – observing what, you ask? Ah, well, there's the mystery, eh?

In fact, the whole island is filled with prime examples of the dragonkin's ingenuity. Believe you me, this place is not easy to settle down on, but they seem to have made a real go of it – and I tell you what, they must have been fabulously wealthy. Why, even the simplest artefacts are made of gold – which does lend credence to some of the rumours around camp.

I'm not certain whether this 'city of gold' tale has any real merit, or whether it's just the addled imaginations of a workforce who still believe all of dragonkind covet the shiny stuff. It's certainly plausible – there is a lot of gold around, and as I said, the dragonkin were masters of architecture. The realist in me is tempted to say "No, that's impossible and wholly impractical!" but you must admit, a city of gold would be an incredible find. And just think of the morale boost it'd give my poor team!

We've now spent days trekking through the jungle, tripping over ancient zygomytes and scrambling around the Agility Course – I don't know how these adventurers do it! We were supposed to be heading to a temple complex in the south-east of the island today, but there's no chance of us making it there before night sets in.

The point is, we're all utterly exhausted – and if I'm honest I'm especially put out, because somebody has made off with the tin of Fallydelphia I brought with me. It looks as though a few of the tools we brought with us have gone walkies as well, and if I find them in a varanasaur's nest tomorrow I'll be having some strong words with whoever's responsible.

It's not all bad news though – when we set up camp we stumbled across this strange little idol. Now, it's solid gold, but that's not the most exciting thing about it – no, that's the inscription on the side! According to my (admittedly haphazard) knowledge of dragonkin script, it says 'XOLO'. Maybe that's the name of the temple complex we're heading towards? It's certainly not a word I've encountered before. 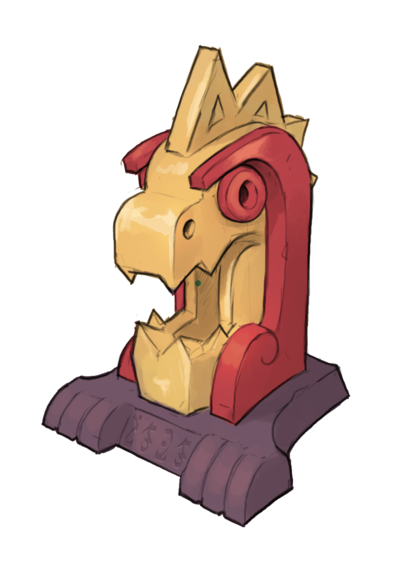 I've certainly got a good feeling about this. The journey has been mighty gruelling, but I'm sure that whatever's waiting for us will be well worth the wait. Call it my archaeologist's instinct!

Thank you again for that delightful basket of artisanal cheeses, and do let me know if you'd like any further updates on our expedition.

Well there you have it – the Lost City of Xolo, eh? Let's hope that the mysteries awaiting our cheegan friend aren't too dangerous. Who else will we get to do the food reviews?

You can explore Orthen's sites for yourself next week on October 19th. For more information, check out the Orthen Announcement blog!