From the RuneScape Wiki, the wiki for all things RuneScape
Jump to: navigation, search
The Old School RuneScape Wiki also has an article on: osrsw:Upcoming updates

This page is a list of upcoming RuneScape updates.

The dates and specific order of the updates are based on official announcements and estimates from Jagex. It is possible that an update will not be released within the listed time frame. 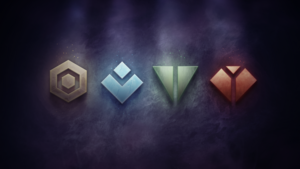 The symbols of Jas, Wen, Bik and Ful (from left to right).

The Elder God Wars will be the dominant story arc of 2021, with a variety of content types including the Dungeon.[3] 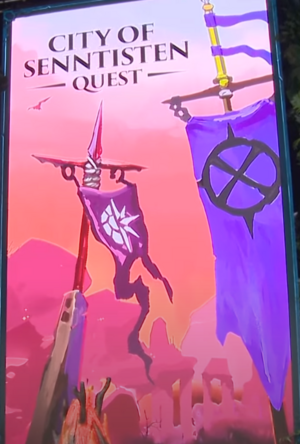 City of Senntisten is a quest which was announced at RuneFest 2019.

Relative to the timeline presented by Mod Osborne at RuneFest 2019, City of Senntisten was the final update to be released prior to the Elder God Wars Dungeon.

Mod Shogun designed 3 new Abyssal Slayer monsters during Game Jam 2017 and 2018. They are awaiting graphical work and some minor tweaks. Mod Shogun mentioned them in February 2020, "they are being made very slowly."[4] Their environment has not yet been made as of December 2020.

They will be Chthonian demons from the Abyss:

All 3 will replace an abyssal demons task and will have the same teleporting mechanic as abyssal demons. The effects of darklight and abyssalbane ammunition will also work.[5]

There will be quality of life (QoL) fixes for pets and reworks of existing pets by making them available as pet overrides. This may be done by creating generic animations to allow a larger number of pets to be reworked, or through reworking a smaller number of pets while giving them unique animations.[6]