Unstable Foundations (also Roddeck's Cellars) was a quest that new players complete when creating and learning how to use their character. It was a tutorial quest, and replaced Tutorial Island on 17 September 2009. This quest was a remake of the tutorial quest Learning the Ropes. The quest involved slaying a dragon in order to escape a cellar with the help of Sir Vant, a knight from the White Knight's Castle. The quest was removed in a hidden update on 26 May 2011, leaving introductory tasks as the new one. Unstable Foundations was fully voiced. 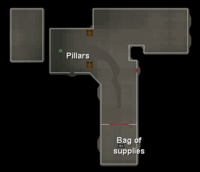 Before you get started, you must create your character. You must fill in a few things: Gender, Head, and Body options. The Mouse menu is to choose how many mouse buttons you have: one or two. The Gender menu lets you decide your character's gender (male or female). The Head menu lets you decide what your character's hair, skin, and beard will look like. The Body menu lets the player decide what the avatar's clothing and body will look like. Please note that whichever character you choose will not affect any of your stats or equipment. The Creating your Character part of the tutorial reminds you that all settings can always be changed at a later date. 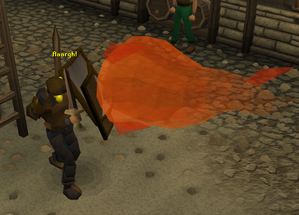 Sir Vant's squire is incinerated by the dragon's attack.

After you customise your character, you must speak to Sir Vant, a White Knight. He will tell you that he is there to fight a large, dangerous dragon. A cutscene will follow, with Sir Vant attempting to defeat the dragon and a puff of stray dragonbreath killing Sir Vant's squire.

While he is fighting the dragon, a goblin will come and start rummaging through Sir Vant's pack. He will ask you to kill the goblin for him. Use the deceased squire's equipment to slay the goblin, who is easier to defeat than other goblins. 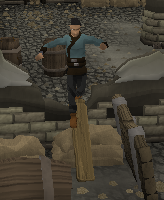 A player walking on the ramp

Once the goblin is defeated, Sir Vant asks you to place some drugged meat in the Dragon's food bowl near the pillars. Sir Vant cannot move from the doorway so you will have to climb over the wall. The ledge is too high to climb, so players will have to take the plank which is also in that area and make a ramp to climb over the shorter wall on the east. If you try to walk in front of the dragon Sir Vant would shout a warning and you would automatically run away.

After you use the drugged meat on the bowl, the dragon smells the meat and your character will run to a hole. Sir Vant will shoo the dragon away, causing it to walk up to the meat, eat it, and fall asleep.

The roof has colapsed on top of the dragon.

Congratulations, the dragon has been slain!

Roddeck will now walk in from his cupboard door to thank you for ridding him of the dragon and to offer his services as an advisor for you. Upon asking how to get out of the cellar you will be offered two choices - to mine your way out or to chop through some roots to escape. Pick one and you will be given either a bronze hatchet for chopping or a bronze pickaxe for mining.

Walk over to the roots or rocks blocking your path behind where the dragon was killed and try to mine or chop your way out, depending on which skill you chose earlier. You will be unsuccessful and be advised to level up your mining or woodcutting to level 2 to remove the blockage. 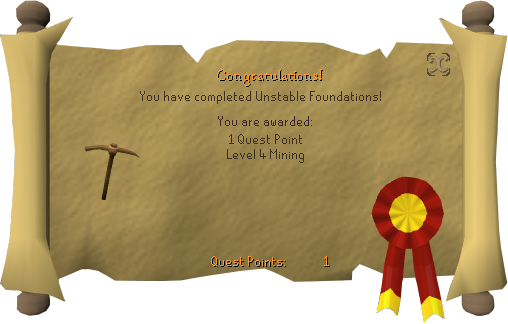 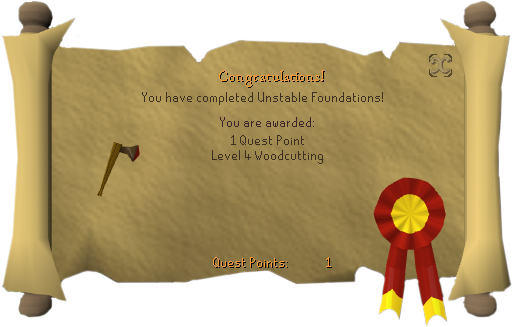 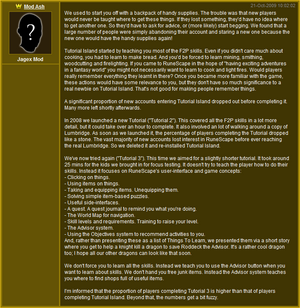