TzTok-Jad is the final and most powerful TzHaar creature in the TzHaar Fight Cave, appearing at wave 63. TzTok-Jad was the strongest monster in the game for almost three years. Its name can be roughly translated to "Obsidian fire elemental".

Players must fight TzTok-Jad on their own, without the use of Summoning creatures or a dwarf multicannon for assistance. Players must defeat 271 other monsters before fighting Jad, resulting in a high usage of food, potions, ammunition, prayer, etc.

TzTok-Jad is strong enough to pose a danger to any inexperienced or unprepared player, regardless of skill or equipment.

A player may receive a task of TzHaar monsters from Kuradal, with the challenge to "Upgrade" your task. Doing so will result in a task of Volcanic Creatures. With this, you can opt to kill through the Fight Cave all the way to TzTok-Jad for a special reward of 25,000 Slayer experience (not including its base reward of 1,309 experience), in addition to any experience gained during the Caves.

Likewise, a player may receive 1-4 TzTok-Jads as a Soul Reaper task. As the Fight Caves may take a long time for players, the TokHaar or TzekHaar versions of TzTok-Jad may be killed in its place. 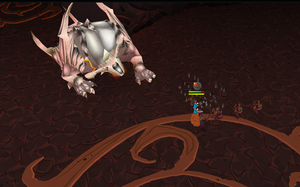 Although TzTok-Jad does not drop any items directly, defeating it rewards the player with several items, as they will have successfully completed the TzHaar Fight Cave.

It is possible to not receive the Fire Cape if the player dies before Jad's death animation finishes. Players will still be awarded killcount unless a deathtouched dart is used, and counts towards Soul Reaper tasks.