From the RuneScape Wiki, the wiki for all things RuneScape
Jump to navigation Jump to search
For other uses, see TzHaar City (disambiguation).
The Old School RuneScape Wiki also has an article on: osrsw:Mor Ul Rek

The TzHaar City, or Mor Ul Rek in the TzHaar language[1], is a city located underneath the volcano on Karamja. It is home to the TzHaar, a golem-like humanoid race. This is where the TzHaar Fight Pit and TzHaar Fight Cave activities can be played, as well as the only city that uses the Tokkul currency. The TokTz-Ket-Dill, The Elder Kiln, and Brink of Extinction quests also heavily feature the city.

The location of the TzHaar City. 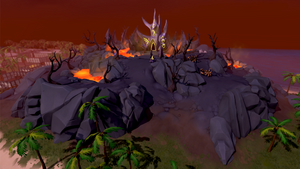 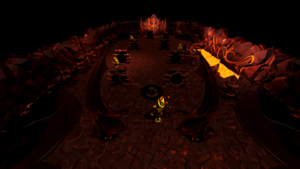