From the RuneScape Wiki, the wiki for all things RuneScape
Jump to navigation Jump to search
Tunks? (edit)? (edit) 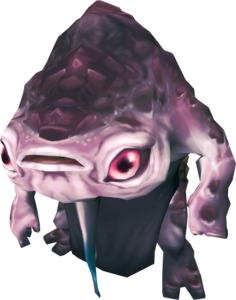 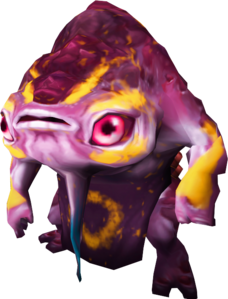 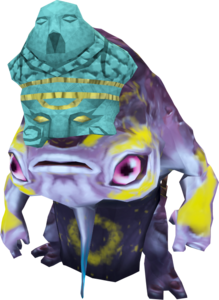 Tunks is a young goebie who players first meet in the quest Call of the Ancestors. Tunks is initially brave enough to enter the portal to Gielinor, where he asks for the player's help against an Airut invasion.

Along with his friends Peck and Lunch, the three will pass a set of goebie trials in the Goebie Temple, where Tunks and his friends will gain a powerful magic ability, which they ultimately use to halt the airut invasion.

After the quest Tunks can be found south of Nardah in a goebie camp, now wearing Morwenna's headdress. He has gone on his first adventure with Gudrik, defeating Morwenna. Amazed with the progress, he went out to continue exploring. During his travels, he met Doc at the Invention Guild. Since Tunks did not have the required levels in Divination, Crafting, and Smithing, he was unable to understand what Doc was teaching him. Despite this, he managed to obtain a new companion, Malcolm. Examining Tunk's Malcolm reveals that he has 17 Invention experience.

This information has been compiled as part of the update history project. Some updates may not be included - see here for how to help out!
Retrieved from ‘https://runescape.wiki/w/Tunks?oldid=35700042’
Categories:
Hidden categories: