From the RuneScape Wiki, the wiki for all things RuneScape
Jump to navigation Jump to search
This article is about the flower. For the mountain, see Trollweiss Mountain.
The Old School RuneScape Wiki also has an article on: osrsw:Trollweiss
Item JSON: {"edible":"no","members":"yes","stackable":"no","stacksinbank":"yes","death":"always","name":"Trollweiss","bankable":"yes","gemw":false,"equipable":"yes","disassembly":"yes","release_date":"5 January 2005","id":"4086","release_update_post":"Troll Romance, Banks and Chat","lendable":"no","destroy":"Drop","highalch":2,"weight":0.028,"tradeable":"no","examine":"These pale flowers have a pungent odour.","noteable":"no"}

A trollweiss is a rare flower obtained and used during the Troll Romance quest. They are light blue and white in colour, and are endangered (as revealed during the quest).

Players can obtain more than one, but only use one as part of the quest. They can also be equipped, and have the same stats as regular flowers.

The flower can be put in a keepsake box.

Location of the flowers 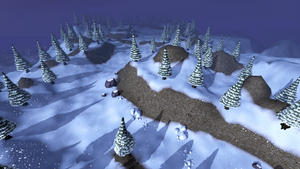