The Triumvirate was a community game released on 19 May 2010.[1] It was composed of three different organisations or factions: the Lords, the Judges, and the Reavers. Each faction had different philosophies and mindsets with which all members of the faction agreed with. These philosophies were outlined in each faction's tenets (or principles). This was all organised through the Triumvirate forum in the Events & Services section of the RuneScape Forums, and each faction had its own official Friend chat to facilitate communication within the game. Jagex has stated that they will no longer be supporting the Triumvirate,[2] so the participating players took control of it.[3]

The goal of the Triumvirate was for members of all three factions to compete to earn their faction the most influence. Each faction gained influence based on victories in Challenges, the size of their Army, the number of Individuals in the faction, and any other special awards made by the J-mods for a notable contribution to the community. Influence gained upon winning events depended on the scale of the event and the risk involved. There was no cap as for how much influence one faction can gain in total and the battle for dominance amongst the factions could be considered never-ending.

When a player joined one of the factions, they started out with the 'Initiate' rank. To improve their rank they had to earn Individual influence points, which were only given out by J-mods. Individual influence points were earned by contributing to the overall Triumvirate community, contributing to a player's faction, or through certain events, challenges and various other ways. Player ranks increased to Adept, Champion and finally to the Minister rank. Champions and Ministers could set events and challenges for individuals and factions, subject to J-mod approval.

Clans could also join one of the three factions, and could gain Clan influence points through clan challenges. Clans started out as Infantry and could increase their rank to Battalion and finally to Elite Task Force. Battalions and Elite Task Forces could set challenges for clans, subject to J-mod approval.

Each faction had J-mod figureheads who were in charge of leading events, alongside any other higher ranked member of their respective faction. These J-mods, however, were the only people permitted to award points and settle disputes and any form of rule-breaking. The J-mods were categorized under a rank above that of Minister, the name being different in each faction. J-mods in the Lords were called The Royalty, those in the Reavers were called The Fallen and those in the Judges were called The High Council.

Players could switch from one faction to another, however at the loss of all of their Individual influence points and rank.

Following the J-Mods leaving the Triumvirate, the players are still managing to run it today. As of December 2011 the Triumvirate has merged into a single clan named "Triumvirate" with the current friends chat: "Trium_chat".

Because of the forum streamlining update which occurred on 10 November, 2011, the Triumvirate forums no longer exist. Inactive forums were withdrawn and in response to this the Triumvirate took a turn to the clan community, with involvement by Jagex having been ceased a few months prior.

This section is about a group of players in the community game, Triumvirate. For other uses, see Lord. 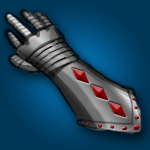 The official logo of the lords.

This section is about a group of players in the community game, Triumvirate. For the character involved in the King's Ransom quest, see Judge.

The official logo of the judges. 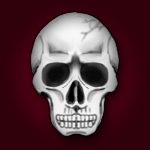 The official logo of the reavers.

Challenges could only be issued by a player or a clan with the rank of Champion/Minister or Battalion/Elite Task Force. 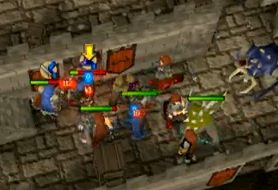 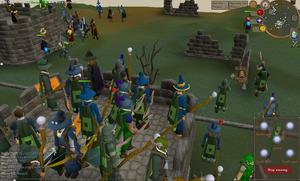