From the RuneScape Wiki, the wiki for all things RuneScape
Jump to: navigation, search
Tripwire? (edit) 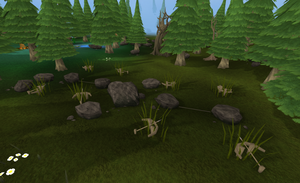 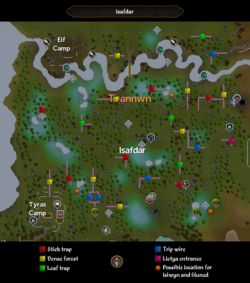 Tripwires are located in Tirannwn. They appear as two rocks very close together with a wire running between them. There are also four miniature crossbows (twigs) pointing at them. Place the cursor between the rocks to find a tripwire, then step over. If a trap is triggered, double damage splats of up to 500+ will hit, as well as applying a poison condition. Protect from Missiles is ineffective. Wearing the Tirannwn quiver 2 will guarantee success in passing the trap.