From the RuneScape Wiki, the wiki for all things RuneScape
Jump to: navigation, search
Tribute stone? (edit)? (edit) 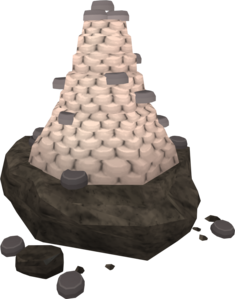 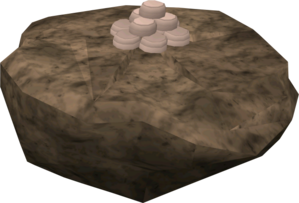 The tribute stone was a part of the Tribute to Guthix event. It can be used as a Prayer altar and small Summoning obelisk, and can also heal legendary pets with the Beast of Burden ability active. It is located north of Falador, near the lodestone.

The original objective for the tribute stone was 250,000 rune essence. However, two weeks after the event started, there was still less than 80,000. On 25 March 2013, the objective was changed to 100,000 and the event itself was extended for another week.