The Tree Gnome Stronghold, also called Ta Quir Priw in Gnomish, is one of the largest cities in Gielinor, and is populated solely by gnomes. Its most notable features are the Grand Tree, the Gnome Stronghold agility course, and the Gnome Ball field. It is the capital of the Gnomish Empire, being the only major settlement of the Gnomes (with the exclusion of Tree Gnome Village), it plays a key role in the empire.

The Tree Gnome Stronghold was added with the Agility skill on the 12 December 2002,[1] and was among the three Agility training areas released at that time. 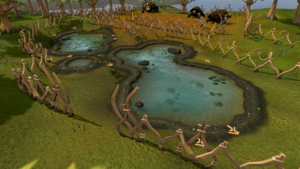 The swamp north-west of the Grand Tree 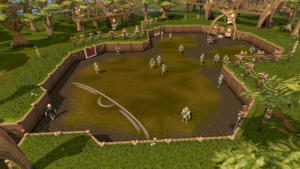 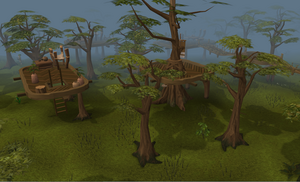 The trees of the stronghold 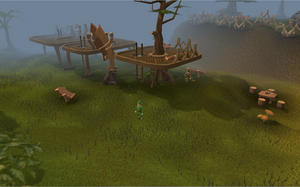 Plains inside the Gnome Stronghold 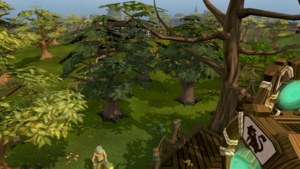 Three yew trees in the south-east corner of the stronghold

There are three convenient banks in the Stronghold. One is located on the 1st floor[UK]2nd floor[US] of the Grand Tree, and another is to the south and to the west of the agility course, conveniently near the yew trees, magic trees, and flax.

Concept art of the stronghold. 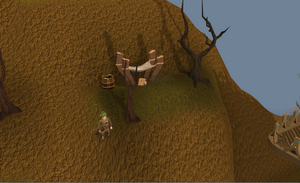 A gnome trapped on a cliff.