Welcome to the Vampyre's Riddle, adventurer!
We have been waiting for you.

Adventurer, I hate to be the bearer of bad news, but there is something you need to know. Something terrible has happened since you have been away on your adventures. I have been sent to deliver this message to you personally.
I hope you will be able to help us. It is believed that you are the only hero in the whole of Gielinor who is able to
save us from these wicked beasts...

The Vampyres.. They... They're out of control... They are attacking harmless citizens only to sate their thirst! Adventurer, you must help us! Solve the riddles to discover the Vampyre's darkest secrets and I will reward you greatly. I will offer you a chance to receive rewards and goodies which you can take on your next adventure in exchange for your help!

So, adventurer, are you up for the challenge? Will you help us?
All you have to do is click the yellow button to get started.

Thank you, adventurer. There's a man in Canifis who can guide you onwards on your journey.

To help you on your quest, here are some tips:

When you think you have found the answer please include it into the URL like so:

Where "XXXX" is where you put your answer.

All of your answers should be written into the URL in lower case without any punctuation or spaces (otherwise the links will break and you won't be able to proceed on your journey).

Some of the riddles will require knowledge from the first Vampyre quest or for you to think slightly outside of the box. Try looking for alternative solutions.

Good luck on your quest, adventurer. 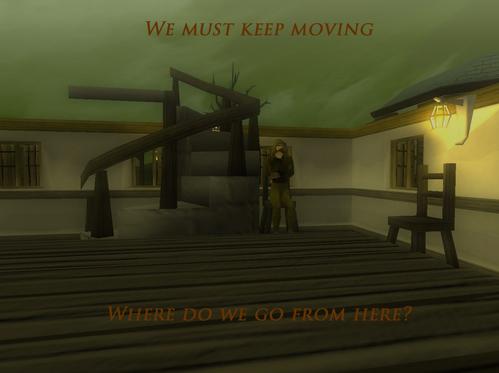 Mystified by the recent, strange events in Gielinor, you head to Canifis's Hair of the Dog tavern to take your mind Off things. Upon entering the tavern, you notice an out of place, enigmatic stranger hiding in the corner. Ridden with curiosity, you cautiously approach him, enquiring who he is.

Taken aback by your forthcoming, the stranger tells you that his name is Vanstrom Klause and explains more about The affiliation he has with the Myreque - an organisation fighting vampyres to protect the citizens of Gielinor. Overcome with guilt, he explains how the Myreque are low on weapons and admits that he doesn't have the time Nor money available to deliver the weapons himself. Instead, he asks for your assistance in the weapons delivery.

Having heard the stories around the vampyres and the chaos they have caused, you agree to help him Take the weapons to the Myreque. Vanstrom tells you that you must head to the "death-town" to find the Mysterious boatman who is rumoured to be able to show you the Myreque's hideout. Hurry. You must leave now.

HINT: Stop at the start. "Where is the death-town?"

After leaving Vanstrom Klause you embark on your adventure to Mort'ton in the search for the elusive boatman. On your journey, you are buffed by ethereal ghasts, who remorselessly attack you, and steal and rot your food.

You persist, entering the gate south-west of Canifis and follow the River Salve south until the Nature Grotto looms up to the east of you. You exit the swamp and follow a twirling path to arrive into the plagued village of Mort'ton. It's not long before you find the boatman to the east of the village.

You can still hear the remaining villagers terrified cries in the distance. 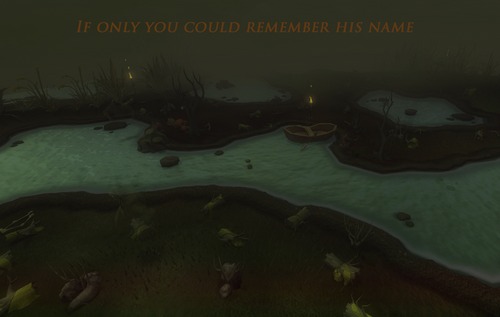 You approach the boatman and attempt to persuade him to take you to the Myreque. He looks at you sceptically. It is soon evident that he will not take you until you prove you are trustworthy, knowledgeable and capable of traveling[sic] further on your lonesome adventure.

You notice that despite being fully human, the afflicted members of the town pay no interest in him. You think this is strange, but then you realise that he is the ferryman who takes the living to the dead.

But what is his name?

HINT: He is the only way across the river.

"Cyreg Paddlehorn!" You say confidently. The boatman nods his head in approval and welcomes you on board the boat.

After a short boatride, you arrive at The Hollows where the boatman gives you further instructions on how to reach the Myreque's secret hideout. He looks at you sombrely and wishes you luck on your travels. 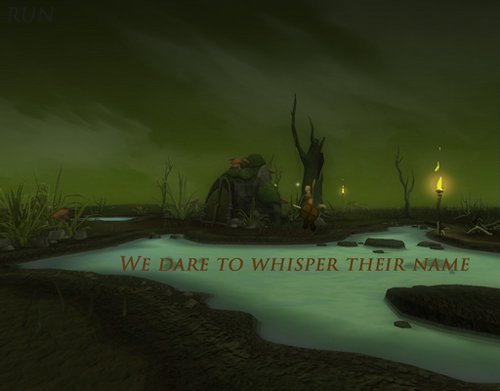 You follow these instructions carefully, heading north until you reach a strange-looking hollow tree. As you arrive closer to it, you notice a guard who is wielding a steel sword and clothed in bronze armour. Despite being surrounded by swamp creatures, he seems out of place here. As you cast your glance past him, you notice he is guarding an entrance which you assume leads to the Myreque's hideout.

You approach the guard dubiously and request permission to enter the Myreque hideout to deliver the weapons. The guard is not easily persuaded, and refuses to let you in without first proving yourself worthy and genuine of your cause.

Grumbling under his breath, he asks you to name the family who is rumoured to rule over Morytania.

Answer correctly. We need to get these weapons inside.

You recall hearing sinister tales circulating from other cities and citizens of Gielinor about the wretched doings of the family who rules over Morytania. You shudder at the thought of the tales you've heard.

When you answer, your voice cuts through the cold swamp air like a knife. "Drakan." You say without hesitation. "The family who rules over Morytania- They're called the Drakan family."

The guard lowers his sword slightly. "Very well, adventurer. You may enter." He steps aside and opens the doors for you. Naively, you enter through the doors, unaware and unprepared for the dangers that lie ahead... 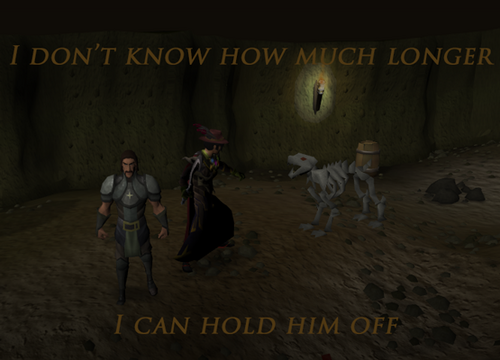 Once inside, you wait a few moments for your eyes to adjust to the darkness. Following your way around the room, you are puzzled by where you are supposed to go. You notice a torch shining brightly in an alcove of the wall. Next to it, you spot yet another entrance.

You squeeze your way past the stalagmites that are blocking your way and eagerly go through the entrance. Upon entering the new cave, you discover a room full of people. You smile smugly, pleased with your discovery. You have finally found the Myreque's secret hideout.

After speaking to everyone in the room, you are introduced to a man called Veliaf Hurtz, the leader of the Myreque. You are flattered to have the honor[sic] of speaking to such a prestigious and elusive member! Eagerly you hand over the weapons you were sent to deliver.

Unexpectedly, a strange mist envelopes the room and slowly dissipates to reveal a human figure. The mist shifts, revealing Vanstrom Klause, the stranger you were trying to help deliver the weapons. Veliaf tenses next to you, and before you can even begin to make sense of what is going on, Vanstrom swiftly executes two members of the Myreque using magic, before evolving into his elite vampyre form.

And as quickly as he arrived, he is gone; disappearing seemingly into thin air. In his wake, he has summoned his trusty Skeleton Hellhound to finish off yourself and the remaining Myreque members.

In order to regain the Myreque's trust after having lured Vanstrom to them, you must kill the hellhound.

Act quickly, the skeleton hellhound will not wait for you.

Congratulations! Many other adventurers have fallen on this journey, but you have successfully completed it. You have made it through the Vampyre's Riddle and saved the Myreque from harm! You must be rewarded!

Here are some of the prizes up for grabs:

For a chance to win, just click one of the big yellow buttons below! If you enter on the Forums, make sureA[sic] you include the word "Bones" for a chance to win. A winner will be chosen on Monday 21st September! Good luck and good work, adventurer!

*Excludes new "Level UP" t-shirts on the merch store.