Eulogy for a Forgotten Hero 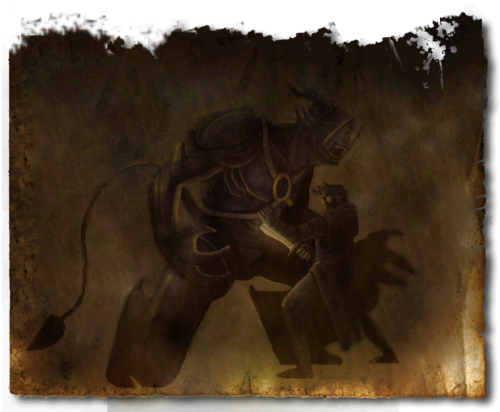 The following is an extract from ‘The Tales of Wally’, by Waldo, Wally’s son - a book full of exaggerations and embellishments. Many details are thought to be unreliable at best, and often wrong. The incantation is one of these, and it is thought that only the most powerful of magicians know its true wording.

The sun rises in the east. As with all days, the light arrives on the cobbles and roofs of Varrock with a dusky green pallor, having travelled through the haze of Morytania. My father opens a sleepy curtain to the Varrock morning and spies a stray dog, its green-haloed head lifted and sniffing the air, picking out its acrid smells.

A comforting trickle of tea flows down Wally’s throat as he watches the dog. Fingers rearrange around the teacup, spreading its heat to cold tips and numb knuckles.

A knock at the door nudges Wally from this half-slumber, and a piece of paper slips hurriedly under it. The deliverer’s legs scamper away and past the window, where Wally glimpses him: a young boy tearing round with a broad smile and a leather pouch of coins in his grip.

This had been the routine for the past few days; each morning, around six, the same boy would push a new sheet of paper under his door, scurrying away to – he imagined – place a newly-acquired pouch of coins under his pillow and sleep on it, dreaming of money piles and a scrappy ledger filled with tallies.

The sheet of paper, this morning, has the word Gabindo on it.

With the cup of tea still radiating in his palm, he walks the paper over to the mantelpiece and places it with the others that he has collected over the week, mumbling the strange words to a tune he had long forgotten: Carlem, Aber, Camerinthum, Purchai, Gabindo.

These anonymous deliveries are now accepted into his daily routine; sitting flushly between the morning tea and the goodbye kiss on my mother’s sleeping cheek. My father performs the latter and leaves the house for what will soon become the Varrock Sewers.

The sewer had been under construction for two years, the plans changing four or five times as King Botolph revised their purpose. A sewer system designed for the Palace ballooned into a sewer system for the entire city. Wally was there at every stage, unquestioningly furthering the dark tunnels underneath Varrock, hand raised whenever overtime volunteers were called for.

Wally works steadily at the wall, levering out rocks and staggering under their weight as he carries them to a mine cart. The thickness of the air makes his lungs heavy and he wheezes under the exertion. It is this thick, miasmic dust that no doubt killed my father. For now, he battles through it, lifting the pickaxe to his grasp and taking an arcing swing at the wall. Unconsciously he coughs those strange words as he hacks.

A hard rock is hit and sparks.

A stroke finds purchase behind it.

He yanks it out.

Another arcing swing comes at the wall, spinning a boulder out of the wall. It trundles harmlessly away, but from the space where it came shoots a bolt of light. Wally edges in to spy through the hole that the boulder has left.

There is activity on the other side. At first my father’s view is limited to the metallic sheen of armour, twisting this way and that, allowing Wally to pick out the blemishes in it where dust has caked. With a clang of metal the armour moves aside and the view is clearer.

A warrior is battling two hulking men, but ‘men’ seems too loose a description, as they are huge. Their skin - and again ‘skin’ feels ill-chosen – looks like wood, with lichen covering near every inch. As the eye travels up, past bark-like clothing and crushing clubs, the face can be seen. The sad eyes, the sunken cheeks and the long beard - the entire face seems to be that of an old man - until the details begin to clear. The sad eyes, layered with cataracts, are in fact covered with the spores of some unknown fungus; the sunken cheeks are knots within wood; the long beard moves and shudders with its own ecosystem of bugs, creatures and plantlife.

The warrior kicks a giant with a timely boot, turning round to find my father’s eyes on him.

“Stand back, soldier,” the warrior says.

My father was a timid man and generally did whatever was asked of him.

A sword comes clattering through the hole, spinning against the scree of rocks on the floor. A metal fist is next, gripping rocks and pulling them out and over to the warrior’s side, widening the shaft desperately so that he can attempt to pass through. No more than two grasps of rock are made before a club, swung down with inhuman momentum, crushes the warrior’s helmet and leaves him prostrate on the floor.

Instinctively, my father is up and away. He is running, splashing into pools of water and stepping on the sewer spiders.

Still he is running, nudging the mining engineer’s table, knocking plans to the floor.

Further he runs, the screech of rats in his ears.

Now he is climbing, the ladder cold and solid in his hands; rungs are missed and feet flail, but the grip holds firm. He is panting now, the first hurried puffs of hyperventilation.

Finally, he is up and out, on the surface and the city is empty.

My father had no stronger fear than being the cause of another’s pain. It paralysed him. He was silent for a week after dropping me in the redberry bushes, assuming he had been the cause of some terrible life-long impairment or damage. He was wrong, of course, but the fear remained.

Wally runs home. In the panic of the moment he instinctively chooses my mother as the authority, the person of importance who can bellow the warning from the nearest rooftop. The choice was not altogether foolish – my mother, even now, has a shout that could rouse Guthix from a slumber.

It had not occurred to my father that the journey from the giants - the splashing, the running, the climbing and the waves of panic – had all been done with the sword of the warrior gleaming in his right hand.

In the southern reaches of Varrock, where the poverty of the resurgent city can be seen most starkly, Wally sped round the last corner before our house, where my mother no doubt lay asleep with the memory of a kiss still on her cheek.

Moss giants still battling in his mind, my father finds a sight that draws him, stunned, out of the city and to the southern gates.

A demon of the purest red towers above the stone circle of Varrock. Black-robed mages scatter at its feet, moving at speeds that contradict their advanced years. The demon wastes no time with pauses. The need for carnage burns in whatever circulatory system the demon has, and it turns its attention to the city, where a host of brutalities await.

But my father stands there. He stands, not cringing in the wheat fields of the Guild of Champions; not panicked behind the door of his home, quieting his wife; my father stands paralysed, the single-minded need to warn everyone of moss giants – moss giants in the sewers of Varrock with crushing, killer clubs - echoing in his brain.

The sword in my father’s right hand shimmers. My father used to mention this moment with a glazed look on his face. He never grew sick of the story.

A fist careers into the pavement but Wally has already skipped away from it, as if the sword was directing his movement with a grace that never returned, much to his chagrin.

The words trickle out with every exertion.

The demon, in that moment arched into the blow, looks down to the figure that has slipped under it.

The demon growls, and slobber from its maw dribbles down my father’s cloak.

Dusted with the years of mining work, scuffed by his labours beneath Varrock, Wally springs from his sheltered position and thrusts the bright sword high.

The thrust cuts into the demon’s waist and slices diagonally, slipping into the ribcage. No blood, no innards come from the demon. Only void greets Wally between the sharp cuts in the demon’s torso.

Wally springs aside as the demon becomes racked with spasms. With a crack of lightning, the blood-red demon is pulled into the void of its own wound and disappears, the blackness slamming shut with a thunderous clap.

My father - who was never ashamed of this moment – passes out on the streets of Varrock, gripping his sword tightly and dreaming of moss giants dancing to a long forgotten tune, singing the words: Carlem, Aber, Camerinthum, Purchai, Gabindo.