From the RuneScape Wiki, the wiki for all things RuneScape
Jump to: navigation, search
The Old School RuneScape Wiki also has an article on: osrsw:Toy box 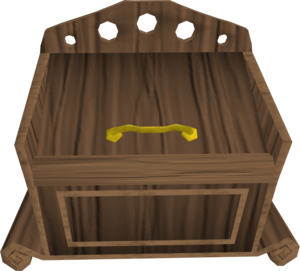 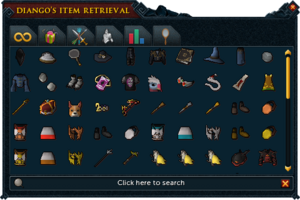 Toy box is a hot spot found in the costume room of a player-owned house. Toy boxes are used to store any toys that are untradeable. Toys are usually obtained during festivities such as Christmas, Easter and Hallowe'en. However, certain tradeable items such as partyhats cannot be stored in this box.

It shares the same interface and items that Diango and Ianto have for reclaiming items.

This information has been compiled as part of the update history project. Some updates may not be included - see here for how to help out!
Retrieved from ‘https://runescape.wiki/w/Toy_box?oldid=35237005’
Category:
Hidden categories: