From the RuneScape Wiki, the wiki for all things RuneScape
Jump to navigation Jump to search
Item JSON: {"edible":"no","disassembly":"no","stackable":"no","stacksinbank":"no","death":"reclaimable","name":"Tirannwn quiver 3","bankable":"yes","gemw":false,"equipable":"yes","members":"yes","id":"33721","release_date":"15 December 2014","release_update_post":"Snowboarding & Tirannwn Task Set","lendable":"no","destroy":"You may reclaim your quiver from Arianwyn in Prifddinas or from the Elf Tracker east of Tirannwn lodestone.","highalch":false,"weight":1,"lowalch":false,"tradeable":"no","examine":"A beautifully crafted quiver of elven design. Granted for your national elf service.","noteable":"no"}

The Tirannwn quiver 3 is a reward from completing the easy, medium and hard Tirannwn achievements which is given to a player by Arianwyn near the Max Guild in Prifddinas, and can be retrieved from him for free if lost. An additional copy can be purchased for 25,000 coins. It is an upgraded version of the Tirannwn quiver 2. It is used in the ammo slot and gives a prayer bonus of 3. Up to 20,000 ammo of a single type can be stored in the quiver. On death, no ammo is lost when the quiver is kept or retrieved. 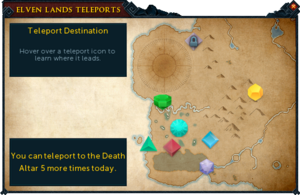 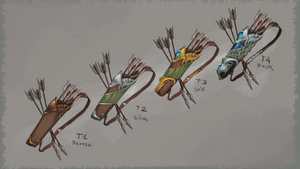