The thingy (also called picture in the cache) was an unusual item found only via the Grand Exchange, though it was impossible to actually buy it. It had the same sprite as a strung amulet of magic or sapphire amulet. The thingy was renamed to "picture" later on.

A Jagex Moderator has confirmed that this was a joke added by the Content Development team, as quoted below:

As mentioned above, this item is completely unobtainable and has since been removed from the Grand Exchange. If you attempt to look up "Thingy," nothing will appear to match the search. 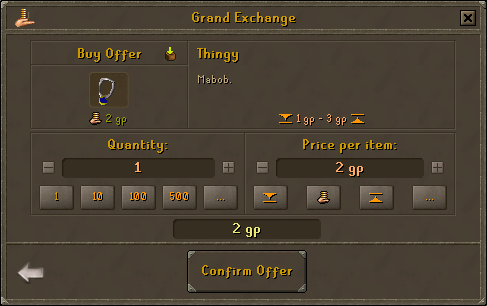