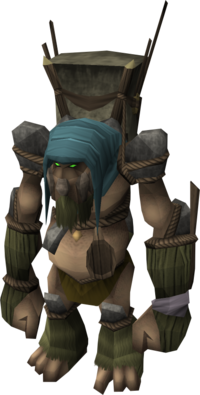 The Map is a troll encountered during Death Plateau. He is found in a cutscene during the quest and needs to be defeated.

He can be spoken to, and doing so will reveal that he was part of a group of trolls going to a human settlement using a map, but he ate the map leading to the human settlement, resulting in the other trolls getting annoyed with him and getting lost.

It's unspecified how much time passed since then, but it's hinted that it was long enough for The Map to resort to cannibalism. It seems the other trolls were dead by the time he ate them, although he says that some of them tried to trick him into not eating them by acting alive, so some may have still been alive.

The map seems to be the first thing he ate since he is named after it. 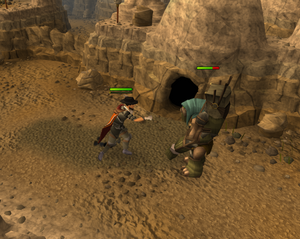