From the RuneScape Wiki, the wiki for all things RuneScape
Jump to: navigation, search
For the achievement, see Stick a Bork In Him, He's Done.

The Hunt for Surok is a miniquest sequel to What Lies Below involving hunting Surok Magis in the Chaos Tunnels.

At the statue of Saradomin[edit | edit source] 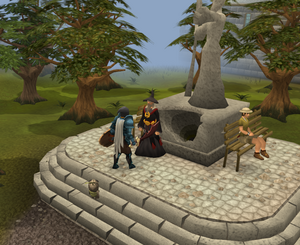 Surok, by the statue of Saradomin.

Into the tunnels[edit | edit source]

Route through the Chaos Tunnels 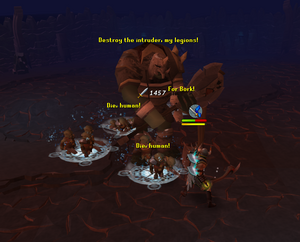 The Hunt for Surok is directly required for the following quests/miniquests: