Quick guide for The Death of Chivalry

From the RuneScape Wiki, the wiki for all things RuneScape
< The Death of Chivalry
Jump to navigation Jump to search

There are multiple possibilities, choice-wise, to get through this. The list below is just a recommended choice order.

The Wand of Resurrection[edit | edit source] 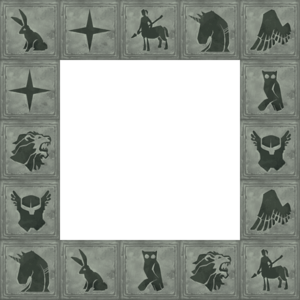 The solution to the puzzle

Fighting for the wand[edit | edit source]

Saradomin and the wand[edit | edit source] 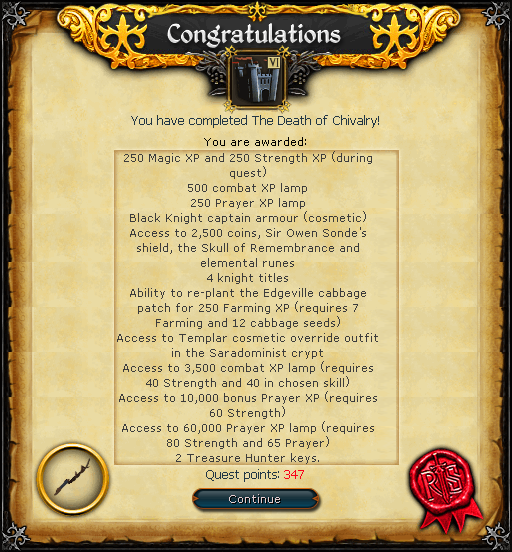 Unlocking and claiming all these additional rewards is a requirement for the master quest cape.

Members can find these rewards in the coffins in the Tomb of the Fallen, which can be returned to via the portal in the Black Knights' Fortress or by selecting teleport as an option on the Skull of Remembrance which is given to you in the quest.

The Death of Chivalry is directly required for the following quests/miniquests:

It is therefore an indirect requirement for the following quests and miniquests:
Retrieved from ‘https://runescape.wiki/w/The_Death_of_Chivalry/Quick_guide?oldid=35499615’
Categories:
Hidden categories: