The Bird and the Beast/Voting

From the RuneScape Wiki, the wiki for all things RuneScape
< The Bird and the Beast
Jump to: navigation, search 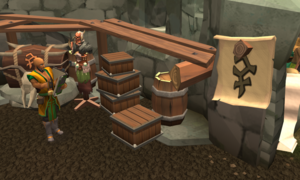 Bandosian voting board to the right of the Bandosian quartermaster 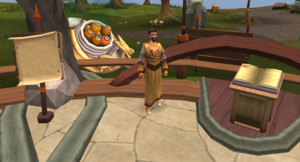 The voting board to the left of the Armadylean quartermaster

Throughout The Bird and the Beast world event, players accumulated votes by gaining renown. Votes was spent to decide the microchanges and escalations for the following phase, each phase lasting 5 days. The voting interface was accessed by using the Voting board located at the ground floor, or by talking to the Armadylean record keeper or the Bandosian record keeper. Votes not spent in the previous phase carried over to the following phase.

Voting for the event ended at the end of phase 7.

Microchanges provided a boost to the faction such as improved gathering rate and increased damage, and the chosen buff was displayed in the battle HUD.

Escalations increased the urgency and the difficulty of the battle. When escalations were active, the rate of interference by the Godless faction increased.