From the RuneScape Wiki, the wiki for all things RuneScape
Jump to: navigation, search
Tetrahedron 2? (edit)

The tetrahedron 2 is an item used in Ritual of the Mahjarrat. It is found by searching rubble on the west side of Kethsi. 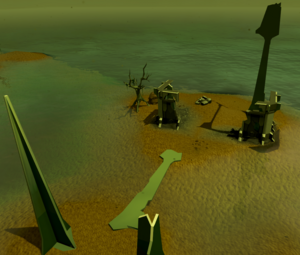 Where the tetrahedron can be found.
Retrieved from ‘https://runescape.wiki/w/Tetrahedron_2?oldid=34730048’
Categories: