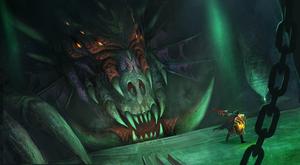 Can an editor please add that qbd can drop up to 5 magic seeds, i have had this loot multiple times

I've had both as a drop. Thanks

31 Fire Talismans and a Loop half if an editor could add those too please.

Whoever added 200 Raw Swordfish, please remove that, its a ROW specific drop, not QBD.

Edit: Those are rare drop table drops. Please expand them at the bottom of the page please ;-)

Not sure if this is the right place to say this, it is my first time but I keep getting 40 raw shark noted and I never have. I got it 3 times in a row and 2 more times after that, maybe they added it to normal drops I am not sure.FantaMango (talk) 07:25, October 7, 2014 (UTC)

Dying in the Lair[edit source]

If you die in the lair, where is your gravestone? Or is your gear just lost?

Hello all, i came across this concept art image on the runescape forums in a thread about RuneCast.

And it got to my attention that the player in front is wearing some new kind of weapon (to me it looks like the dragon crossbow or something) and a new cape. Anyone got ideas what it might be? :)

ooh yeah, to me it looks like a dragon crossbow also, I'm thinking maybe the cape (or possibly the weapon) could be the damage-reduction thing as a reward from the upcoming quest song from the depths, mentioned in bts? i guess we'll just have to wait and find out :)

Looks like a dragon crossbow and a cape from killing the QBD (it has her mug on it). Can you leave a link of which page you found this concept art from?

Here is the link to the thread i found it on: Click here

It is the coral crossbow that was released in the song from the depths quest, and has ben ocnfirmed to be upgradable upon the release of the QBD by Thurgo.
It is confirmed it will be combat 2100 @ youtube /watch?v=Ysn5FtFXBUA

dont be a prick and edit out something just because you haven't seen it.

Could someone please add a strategy guide and fix the drop template as the Dragon kiteshield CAN be sold via GE. Thanks in Advance

Anzu, I can create a page, however an extensive guide won't be available for a while

A direct quote from the update:

"A Barrows-style treasure chest appears, filled with bolts, combat items and dragonkin lore, as well as some items unique to this update."

The Queen Black Dragon`s head is disproportionate to her body, given that a player may walk inside her stomach in "A Song From the Depths"

In a interview with Mod Osborn, he said that the QBD was so old and huge, with rotting scales and stuff, that these parasites, the grotworms crawl into her. Also, it isn't really disproportionate, most reptiles' stomach can be many times larger than the head, look at a snake, it can eat stuff nearly 10 times it's size.

This is with the assumption that the Queen Has a Snake/Worm like body with muscles that can extend to acomidate large items. However when eaten we see that the Queens stomach forms a solid floor and walls. this would mean that she has muscles keeping this "room" solid enough to walk on. this would easily add another 5-10 yards of muscle beyond what is seen. for this to be proportionate the queen would need to have a body larger than FIVE lumbidge castles. making the head we see unequil to the body.

Komodo dragon here, the komodo dragon's stomach is about 4 times it's head, roughly, you said it's body roughly 5 times larger than the lumbridge castles, well, I'd say it's head is about the size of one castle, 4 castle length, I'd say it's pretty proportionate, that and the fact that the Queen is elongated shape, some snakes and most worms have their stomach and intestines as one straight line from the mouth to the anus, it is very big compared to their bodies. Also, please sign your posts and put them after the previous one by typing in ~~~~ after your post, thanks.

Does anyone know/can anyone confirm if QBD counts towards a black dragon task?

QBD has been confirmed by a JMod that it does not count towards a task.

That Jmod is wrong then. I forgot to take a screenie, but Monster Examine told me she is a slayer monster.

What is the porpose of the Queen Black Dragons collar? I assume that it was either used by the dragonkin observer to keep control of his "Project" or as part of the artifact system used to keep her asleep. are there any j-mod sources stating the purpose of her collar? Tofurkey098 23:13, May 31, 2012 (UTC)

Are all those drops noted? I mean 9 dragonstones and the like? because it would seem you would quickly run out of inventory space collecting them if they aren't...

None of these drops are noted, but you can deposit them directly to your bank without having to take them to your inventory.

Can anyone take screenshots of the Queen Black Dragon with her crystal skin and hardened carapace? Just one quick full screen shot, no need for detail? 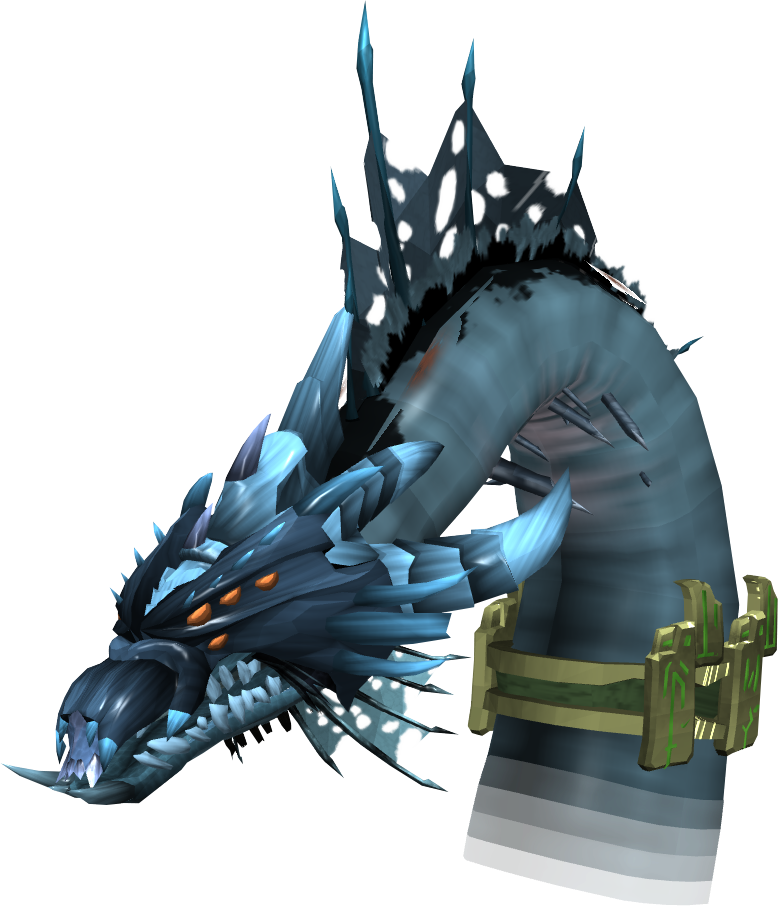 here you go I found it and edited with gimp still looking for hardened carapace. 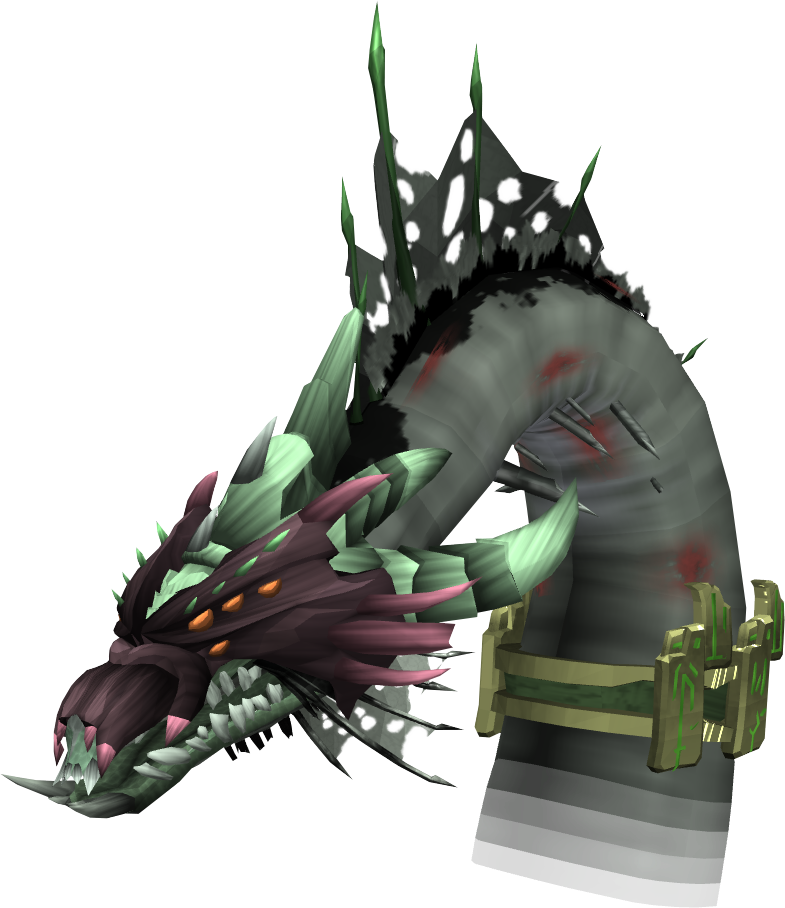 Here is carapace done and goodnight!

Erm; thanks a lot, the pictures are better than anything I'd hoped for, but I was asking if you could put them up on the actual article... I'd do it myself, but I don't know how to paste pictures in articles

From the one time I fought her I think I remember deflection not working, but not 100% sure.

I think that Nomad's defence is higher than the dragon's. It isn't hard to hit often on her, she just has an immense amount of hitpoints.

It should be mentioned that, if both you and the Queen die at the same time, upon entry to her lair you will instead be taken to the reward chest. I don't know where to mention this and honestly didn't check to see if it would be in the article (sorry if it is). Nothing special here. (talk) 22:14, October 9, 2012 (UTC)

I just killed QBD and got a Rune sq shield in the reward chest. I did have a RoW but It's not listed on the rare drop table so can we assume It's something she can now drop? TSXtalk 21:40, April 3, 2013 (UTC)

I have tried, in vain, to find a way to add the XP killing the Queen Black Dragon gives to your equipment.

Would anyone be able to advise me on how to add this information, or add it to the article?