In the table, it says that for Improved EoC, using Revolution will give "Near optimal" xp rates, but using manual abilities will give optimal... Does this mean that using Revolution is going to incur an XP penalty? http://img255.imageshack.us/img255/6670/squirrel3kk9.gif Wolbee 22:38, April 13, 2014 (UTC)

they just need to set the exp rate to pre eoc and leave it.

That's where you are wrong, the poll was for both free and paying members.

I know RSW isn't a crystal ball, but my crystal balls tell me that "This scam version of the pre-EoC combat system will only make a few thousand players come back for a month to check it out and then quit again." As this is the obvious truth, may I add it to the article? Plz?

include "as of xx date" when editing this article[edit source]

I suggest that when editors add 'generalized' statements to the article, such as "player reaction" and other (unsourced) material, that they at least state "as of xx month year" to their additions. It is impossible reading this to know what happened at the time versus things that people have 'concluded' since, or how the "reaction" has changed over time. A "lot" of it isn't sourced material, but opinions appear in rs wikia regardless. (In fact, tactic changes at barrows, bosses etc depend heavily on editors and aren't "sourced," and timely information is part of what makes rs wikia useful.)

That being said, I commend the editors who have included so much sourced material in this article. Pokemama (talk) 23:50, November 18, 2015 (UTC)

not giving the date for a development that occurred well after the release is equally weaselly imo, lol. Also does not reflect what is current - i.e., if barrows was updated last week and the "as of" is from 2013, one can perceive that the remark is not updated. What would you suggest, to reflect that an unsourced remark is afloat in time? (not sarcasm, I'm serious.) Pokemama (talk) 10:52, November 25, 2015 (UTC) 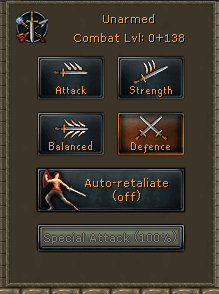